Breakfast seminar: Can blockchain save journalism?

Time: 09:00 Location: NUPI Language: English Available seats: 49
Add to calendar 19-02-27 09:00 19-02-27 10:30 38 Breakfast seminar: Can blockchain save journalism? Professional journalism is under pressure worldwide. Walid Al-Saqaf argues that the underlying technology for Bitcoin could be a solution to the problem. NUPI NUPI seminar@nupi.no http://www.facebook.com/events/160427380695693 false DD/MM/YYYY
I want to register for the following event:

Professional journalism is under pressure worldwide. Walid Al-Saqaf argues that the underlying technology for Bitcoin could be a solution to the problem. 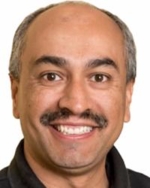 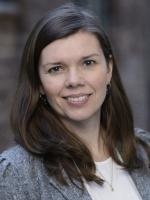 We will be serving a light breakfast from 08.30!

Fake news and economic losses are two factors that threatens professional journalism worldwide. A few global social media companies win audiences and advertising money at the expense of the traditional media. The development of digital technology changes the power relations within the media landscape. How can credible journalism win in a world of fake news?

This is what Walid Al-Saqaf has been looking at in his research. He believes that there is hope for credible journalism, and that blockchain technology might be a solution to the problem – both in the matter of credibility and for economic stability. Blockchain technology was originally made as the underlying technology of the cryptocurrency Bitcoin. Blockchain technology is not dependent on central entities. The question Al-Saqaf asks is whether a blockchain-based newsroom model can compete against the traditional centralized model.

Walid Al-Saqaf  is a Senior Lecturer at Södertörn University. His research areas are technology, media and journalism. He is especially interested in non-commercial use of information and communications technology in its impact on democracy and development promotion.

Senior Research Fellow at NUPI, Kjetil Selvik, will moderate the seminar. He leads NUPI's research on journalism and democracy in the Arabic world.