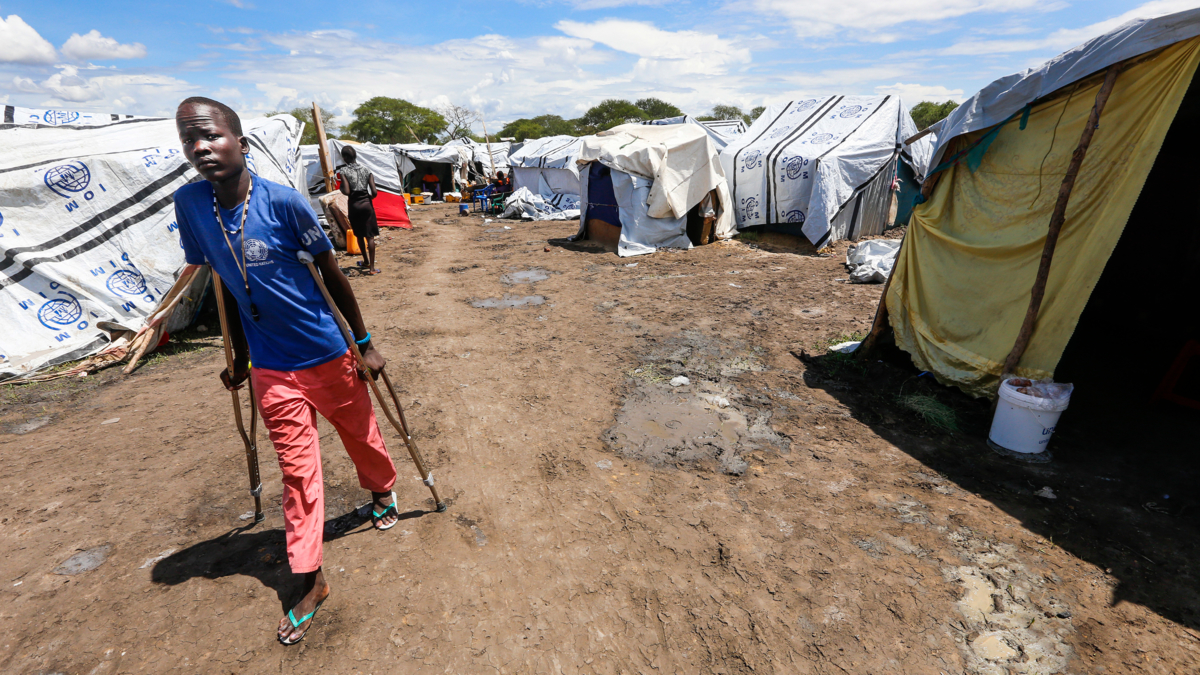 (Forsvarets Forum) The COVID-19 pandemic has significantly disrupted UN peacekeeping operations. In the short-term, activities have been reduced to the most critical, rotations have been frozen, and most staff are working remotely. Most of the missions have adapted remarkably well, but even more extreme changes are likely in the medium term, as the global economic recession that will follow in the wake of the virus may force UN peace operations to drastically contract in size and scope.

The coronavirus has been a catalyst for UN peacekeeping missions to develop new adaptive UN-wide contingency plans. Amongst others these plans identify which activities need to be carried out, despite COVID-19, to meet mandated responsibilities. These include support to peace processes, patrols and activities related to the protection of civilians, convoy escorts and other forms of support to humanitarian assistance, force protection, protecting key infrastructure, and support to host state institutions and local authorities. These essential activities had to be adapted to minimize the risk of spreading the virus to both the people the UN is tasked to protect and to the peacekeepers themselves.

It is important not to associate essential only with military activities like armed escorts. Many of the activities that distinguish multidimensional UN peacekeeping from other international military operations is its civilian capacity to support political processes, to create conditions conducive for protection, to support the negotiation of local peace agreements, to observe and promote human rights and to support national, regional and local government capacities. Some of these civilian functions are still being carried out, but most of it is now done remotely. All of these activities have to be planned, financed, managed, coordinated, supported and assessed, and these functions are also carrying on.

Most civilian and uniformed headquarter staff are working from their homes or mission accommodations, and approximately 10% of international civilian staff are now working from outside the mission area. This means that almost all of the planning and support work is now being done electronically, including via video-teleconferencing, and this has forced the UN to adopt, or speed-up the implementation of digital approval and related processes. One of the unintended consequences is a loss of national staff input, which is critical in several areas because many do not have internet connectivity at home. Missions are addressing this challenge by increasing mobile connectivity to their systems. These developments will modernise the way the UN utilises technology and change some headquarter functions in the future.

Not the same effect

Not everything can be done remotely, however. Negotiation over the phone can only take you so far. One of the great assets of field staff has been that they can get into a car, drive to a location, track down an important interlocutor and obtain important information, share the UN’s position or come to an agreement with them on what actions will be taken to, for instance, protect civilians. In some contexts, mounted patrols without social interaction do not have the same effect as dismounted patrols. It is thus impossible for UN peacekeeping operations to have the same overall impact today than they had before the COVID-19 crisis.

In the short-term peacekeeping operations also have to manage a number of other challenges. In some countries, there are fears, rumours and perhaps even active disinformation campaigns, that foreign peacekeepers are responsible for spreading the virus. In South Sudan, for instance, government forces have put up checkpoints outside UN compounds in several locations to stop or reduce UN movements. These actions have also impacted on the approximately hundred and fifty thousand people sheltering in UN protection of civilian camps. The UN has to manage similar fears and rumour-mongering in CAR, DRC and Mali. Missions have to grapple with questions such as whether troops should wear masks to reassure the population, or whether wearing masks in situations where that is not the norm among the population will only increase such fears and rumours. UN radio stations like Radio Guira in CAR, Radio Okapi in the DRC, Radio Mikado in Mali and Radio Miraya in South Sudan are helping to share accurate information about the coronavirus in local languages. Peacekeeping missions are increasing the reach of these stations by handing out solar and wind-up radios to remote local communities that do not have access to electricity or the internet.

One of the priority areas for UN peacekeeping missions is supporting host authorities and communities. Quick Impact Projects and programmatic funding have been repurposed to help local institutions and communities prepare for and cope with the virus. In the Central African Republic, the mission is scaling up support for local mask production by women’s groups in Bangui and through its field offices.

Must reduce the risk

In order to reduce risk to host populations and peacekeepers alike, the UN has frozen all rotations until 30 June. Among the approximately 80,000 soldiers and police officers currently deployed, approximately 40% are due to be rotated home and to be replaced in the next few months. There will thus be significant demand in July and August on the available airlift capacity and logistical personnel. All new troops rotating in will go into 14 days quarantine, which poses another logistical challenge. It also means they cannot be operational over this period, which increases the workload on the rest of the units.

The shared challenge has also resulted in closer cooperation and planning among peacekeeping missions and the rest of the UN system. UN agencies are relying on missions for medical treatment, protection and evacuation, and missions and agencies are cooperating on the procurement and distribution of personal protection equipment and other COVID-19 related equipment.

The most severe disruption to UN peacekeeping is likely to be caused by another side-effect of the COVID-19 crisis, a global economic recession. The IMF has changed its forecast for 2019 from a 3.3% growth to a 3% contraction in the global economy.  The 2008 global financial crisis has already contracted UN peacekeeping with approximately 20%, and the COVID-19 crisis may reduce it with a further 30 to 50%.

The United States, which is one of the countries most affected by the virus, is also the largest financial contributor to the UN peacekeeping budget. Many of the more than 120 countries that have contributed peacekeepers in the past, including big contributors like Ethiopia, Rwanda, Bangladesh, India and Pakistan, may also come under domestic pressure to reduce troop numbers for financial or coronavirus risk-related reasons.

In the medium-term, the UN may thus be faced with a situation 12 to 18 months from now where UN peacekeeping operations have significantly less capacity than they do today. It is unlikely that the risk to civilians in these situations will change significantly for the better in the short to medium term. The more likely scenario is that the effects of the coronavirus, coupled with other factors such as climate change, will increase instability and risk. The most critical risk is stalled political processes. The response to the Secretary-General’s call for a global ceasefire is mixed, and in some cases, fighting has increased. In others, COVID-19 is the new shared enemy that is creating new alliances. The burden on UN peacekeeping operations will only increase. On the one hand, missions are under increasing pressure to improve the effectiveness of their operations, whilst on the other, they have to simultaneously cope with shrinking budgets and even more complex operational environments further constrained by the coronavirus and climate change.

In the next few months the UN’s 5th Committee will consider the peacekeeping budget for the next financial year. Hopefully, the UN’s Member States will show the same agility that missions have demonstrated over the past 50 days, as missions will need flexibility as they continue to adapt to rapidly changing circumstances in the coming months.

Thus far Africa, where the bulk of UN peacekeepers are deployed, has been spared the brunt of the crisis, but this is likely to change in the medium term. UN headquarters and peacekeeping missions have demonstrated remarkable resilience in the way they have coped with, and adapted to the crisis. Some of the new innovations and practices that have emerged in this process are specific to the virus and will change over time in response to the severity of the risk the virus poses. Others are likely to be more lasting, including a more essential-scale approach to mandate implementation and a more adaptive approach to planning and mission management. The most dramatic change is, however, likely to be a significant reduction in funding and troops over the medium term as UN peacekeeping contracts in lockstep with the global economy.