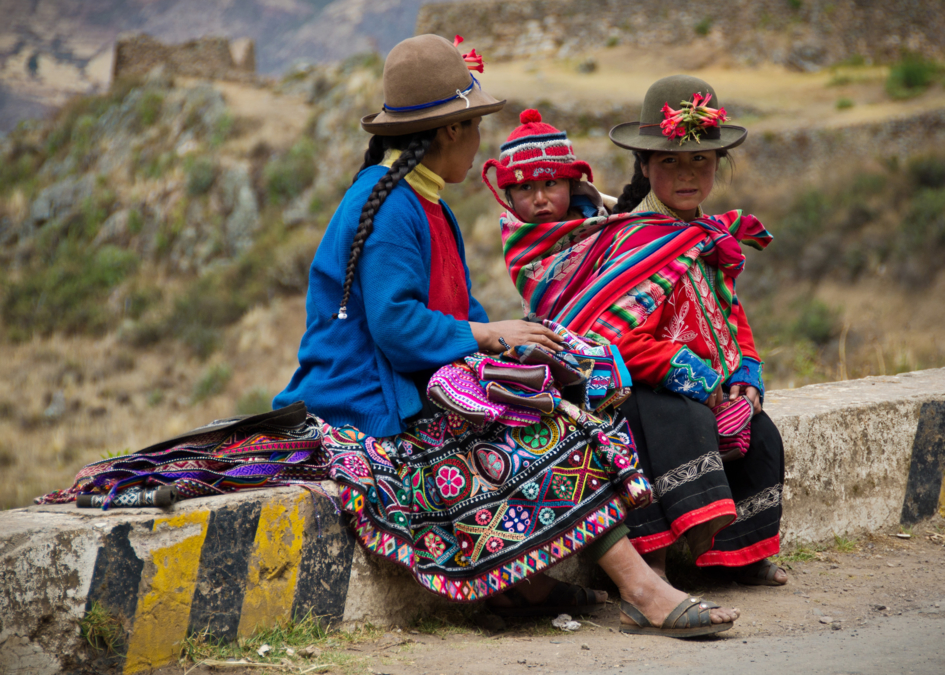 Tax is the new gender issue

Increasing attention has been given to the way tax regimes affect women’s lives. Not only is capital flight now considered in a human rights perspective, taxation policies are also becoming relevant for gender equality issues and women’s rights.

Ingrid Hjertaker is working as an advisor for Tax Justice Network, which is a collaborator of the TaxCapDev network.

NUPI is coordinating the TaxCapDev network, which brings together Norwegian researchers and experts to strengthen the sharing of knowledge on illicit financial flows, taxation and exploitation of natural resources.

The international Tax Justice Network’s annual conference was this year held in Lima, Peru on June 13-14 2018, titled “Paradise Lost?”. This year’s topic was tax and inequality, and many of the meetings were centred on taxes and gender equality with contributions from researchers, civil society and representatives from tax authorities in Latin America and Africa.

What do taxes have to do with gender equality?

Several participants discussed the link between tax and women’s rights and argued why reforms of international tax laws should also be looked at with a gender perspective. With this in mind, there are two main entrance points to consider when discussing taxation and gender: how illicit financial flows affect women, and how the design of the national tax systems themselves affects gender equality.

Because of tax evasion and capital flight states receive less tax revenue, and their ability to finance public goods and services decreases. Women are disproportionately affected by this because they are more dependent on such services. There are several reasons for this. One is that women are overrepresented among the poorest in most societies. Women furthermore use a larger portion of their income costs linked to school and healthcare for children than men do. Public financing of schooling and health services would therefore represent a considerable gain for women. In addition, women do the vast majority of the unpaid care work in families. A developed and well-financed public sector, which would take over some of these caregiving tasks, would give women more opportunities to take paid work outside the home, and achieve the greater economic independence that comes with such work. To put it simply: less tax revenue means fewer possibilities for women.

Another way of considering tax and gender is to look at the design of a tax system and how it is balanced between direct and indirect taxes, as well as its balance between tax on capital, work and consumption. Recent tax reform trends of lower corporation taxes and higher consumption taxes hit women disproportionately hard. As men are overrepresented amongst owners of companies and other financial assets, the cuts that have been made to the corporation and capital gains tax in many countries have benefited men more than women. The increase in flat taxes on consumption, for example VAT, particularly affects women. Implementing more consumption taxes is often a strategy recommended for developing countries because this type of tax is easier to collect than personal income taxes, and taxes on corporate profits and capital gains. However, VAT is very unpopular amongst women’s groups. These organizations see VAT as a regressive and anti-feminist tax because women are disproportionately poorer and because, in developing countries, they tend to use a larger part of their income on essential goods and services like food, schooling and health services than men do.

Several countries have tried to exempt essential goods and services from the VAT regime in an attempt to minimize the regressivity of this tax, but none have fully succeeded in doing so. And even though the revenue gained from VAT can be used to fund progressive measures on the spending side, the net effect of the VAT is still increased inequality, Vera Mashana from the Ford Foundation tells us.

Women can also be disadvantaged through the ways in which families are taxed in certain systems.  In countries where the income of heterosexual couples is taxed jointly, women’s income is often considered as the family’s “secondary income” and therefore taxed harder than then man’s income, considered the household’s “primary income”. The consequence is a reduction of women’s ‘fiscal space’, according to Kathleen Lahey who presented her UN report in Lima: “Gender, Taxation & Equality in developing countries”.

If a country’s tax system is already regressively designed, and you face problems of illicit financial flows on top of this, women are hit extra hard, says Mario Verdi from CIAT (a collaborative forum for tax authorities in Latin America). He believes that this is one of the biggest challenges for tax systems in Latin America going forward.

Representatives from tax authorities in Ecuador, Guatemala and Malawi encouraged their colleagues all over the world to implement so-called “Gender Impact Assessments” in their national revenue authorities. These are systematic evaluations of how a given tax system affects gender equality and women’s rights. They had already begun to conduct such evaluations in their respective tax administrations.

At the conference, the AWID report “Illicit Financial Flows – Why we should claim these resources for gender, economic and social justice” was also presented. This report, authored by researcher Attiya Waris, shows how illicit financial flows affects gender equality in a negative way. One of the policy recommendations from this report was precisely that there needs to be a systemic collection of more and better data in order to help tax authorities and others to calculate the impact of illicit financial flows on women’s rights.