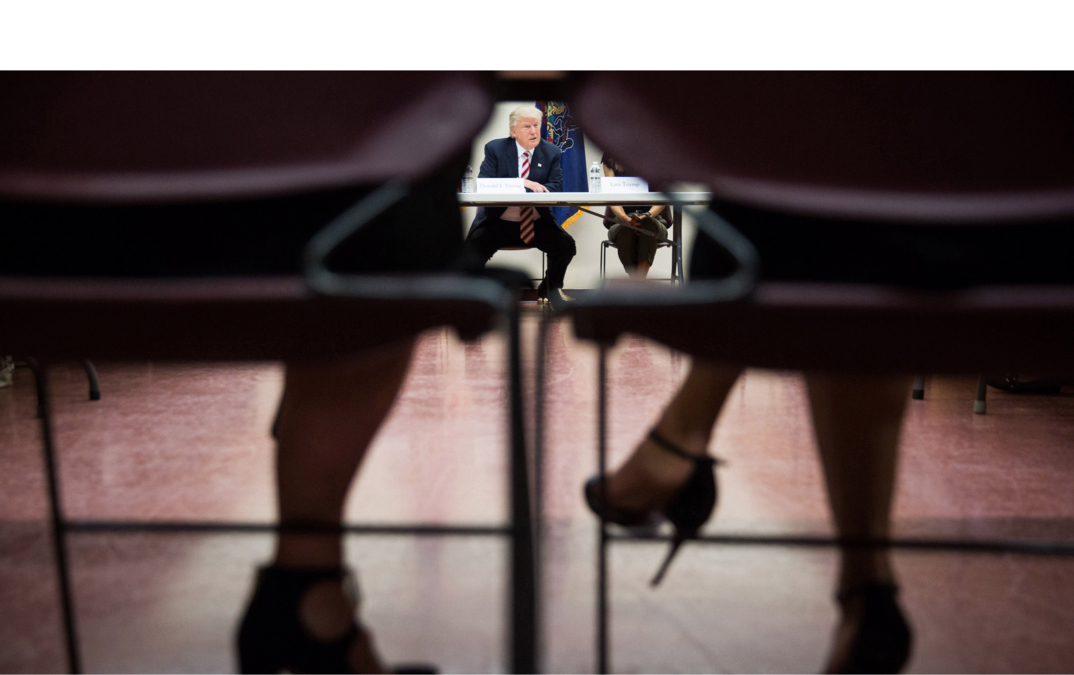 RELUCTANCE: The USA has scarce support systems for parents until the children start school. The image shows US president Donald Trump on the campaign trail, attending a round table meeting on day care in September 2016.

The paradox of gender equality

Back from fieldwork in the USA, one of the countries she and her research partner study in their project WomEcon, Jensenius has an important observation to offer:

‘There is no linear, unambiguous connection between development and gender equality. We tend to think that if only other countries become more developed, then gender equality will fall into place. But large parts of the US population don’t want the government to promote change, because they are opposed to the state telling them how to lead their lives.’

In this four-year project, Jensenius and collaborator Mala Htun at the University of New Mexico and Andrew Carnegie Fellow, will study how changes in legislation affect female economic agency around the world, in particular when and why such legislative changes also result in serious changes in society.

‘International Women’s Day usually puts the focus on the need for change in policies here at home, or on terrible conditions for women in less developed countries. Our project primarily examines countries where there are obvious needs for legislative and cultural changes to improve women’s economic agency – but we do not want to look only at worst-case countries, we also study countries like the USA and Japan so that we can compare gender-equality issues in many different contexts’, Jensenius explains.

The two researchers combine statistical evidence with material from in-depth interviews. In the USA, for instance, they spoke with a Mexican woman who is an illegal resident. She lives in a small, dilapidated trailer with her husband and her four children.

‘Our meeting made a deep impression on me. All the four children were born in the USA, and are therefore US citizens. But private day care is prohibitively expensive, and head start and other programs typically start at age 3, so the mother stays at home with her infant and 2 year old, while the older two children go to elementary school. The mother was lonely and isolated, and showing signs of depression. She clearly needed a break from caring for the infant. Meanwhile, the TV was turned on all the time.’

To conduct the research interview, one of the two researchers took the baby and the toddler outside to give the mother a break, while the other spoke with the mother.

‘After a few minutes, it was as if she woke up. She was worn out from being alone with two kids all the time. The USA has a very individualistic culture. Without any support system, many women stay at home when they have children. Women with resources can buy services like childcare and help in the house, but many can’t afford such expenditures. This is often a burden for the woman, and isn’t good for the children either. When we asked this woman what might help, she replied that having as little as two hours daily without the children would have made a big difference.’

‘The children often don’t learn English properly before the public-school system comes into the picture. And because mothers remain outside working life for a long time it is hard to get back in.’

Sidelined from her own company

Jensenius also tells of a female lawyer who established a law firm with two male colleagues. She was working between 70 and 80 hours a week, and had never felt that being a woman was a limitation. Then she became pregnant. Even though she has a legal right to family leave - which in the USA is unpaid - she nonetheless asked her law firm partners if it was OK to take it. They were not supportive and instead questioned her commitment to her career.

In the end, she took time off without pay and returned her yearly bonus, thinking she did not deserve it.

‘But when she came back, she wasn’t able to work more than 40 to 50 hours a week. She didn’t feel like always working and barely seeing her child. Finally, her partners voted her out of the partnership. She continued work, but on an hourly consultancy basis.’

Little will to change

Paradoxically, the researchers found little interest in political change – even among the women they interviewed.

‘When asked whether they would like to see changes from the political authorities, such as government-subsidized day care, many answered no. They noted the many challenges faced by women, but they still stressed how they didn’t want the state to get involved in solving these issues.’

‘It is important to remember that many of the policy changes we in Norway see as important for gender equality do not necessarily follow from economic development. Rather, they are a matter of political choices, and it is vital that we continue to discuss and remain aware of these choices. Experiences from other countries can help to shed light on where different choices may lead us. On March 8, we focus in on these debates. For me, that is one of the reasons why it is still so important to celebrate International Women’s Day.