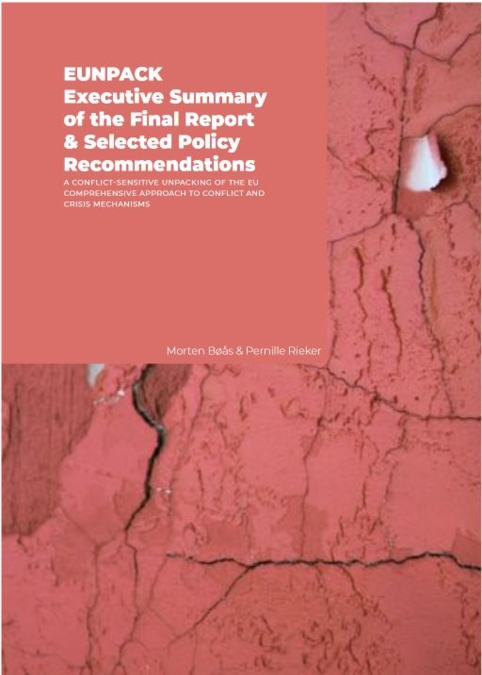 Since adopting a ‘comprehensive approach’ to crisis management in 2013, the EU has spent considerable time and energy on streamlining its approach and improving internal coordination. New and protracted crises, from the conflict in Ukraine to the rise of Daesh in Syria and Iraq, and the refugee situation in North Africa and the Sahel, have made the improvement of external crisis-response capacities a top priority. But the implementation of the EU’s policies on the ground has received less scholarly and policy attention than the EU’s actorness and institutional capacity-building, and studies of implementation have often been guided primarily by a theoretical or normative agenda. The main objective of the EUNPACK project has been to unpack EU crisis response mechanisms and provide new insights how they are being received and perceived on the ground by both local beneficiaries and other external stakeholders. By introducing a bottom–up perspective combined with an institutional approach, the project has tried to break with the dominant line of scholarship on EU crisis response that has tended to view only one side of the equation, namely the EU itself. Thus, the project has been attentive to the local level in target countries as well as to the EU level and the connections between them. The research has been conducted through an inductive and systematic empirical research combining competencies from two research traditions that so far has had little interaction, namely peace and conflict studies and EU studies. A key finding in our research is that while the EU has been increasingly concerned with horizontal lessons learnt, it needs to improve vertical lessons learnt to better understand the local dynamics and thus provide more appropriate responses.