Join us for a journey into the heart of Africa as Peer Schouten paints a captivating picture of the importance of roadblocks in his new book.

Conflict within the heart of Africa has caught the attention of the International Community for decades, without resulting in any successful response. The continuation of civil conflict in places like the Democratic Republic of Congo has traditionally been seen as driven by the existence, and exploitation of vast deposits of lootable natural resources. Yet Peer Schouten challenge this perspective.

Through Schouten`s extensive mapping of the use of roadblocks in financing warring parties in the D.R.C, he demonstrates how the financing and rationale of rebel groups and other actors - partaking in Central African state formation - are poorly understood through the lens of resource exploitation.

By investigating groups such as M23 in northern Kivu, Schouten has been able to highlight how rebel groups use the control of passage points of the economy to tax anyone seeking to partake in the economic activity or be a relevant actor on the ground. Not only does Peer challenge the traditional role of “conflict minerals” and roadblocks` role in the order-making in Central Africa, but he also reveal the role – seemingly local - Central African rebel groups play in the global economy as relevant actors within global supply chains.

On June 8th Peer Schouten – Senior Researcher at the Danish Institute for International Studies – will present his groundbreaking book “Roadblock Politics: the Origins of Violence in Central Africa”. Followed by a discussion – centered on the book – moderated by Morten Bøås, Research Professor at NUPI.

Peer Schouten is a senior researcher at DIIS and an associate researcher at the International Peace Information Service in Antwerp. His research interests include, among others, the political economy of conflict, with a focus on roadblocks; the role of business in peace and conflict; mineral extraction and conflict economies; conflict and climate change; and the politics of logistics and infrastructure. He has extensive research experience in the Democratic Republic of Congo, the Central African Republic, and South Sudan. A former SSRC Conflict Research Fellow and a Visiting Fellow at the Department of Geography & Center for African Studies, University of California, Berkeley, Peer is the author of Roadblock Politics: the origins of violence in Central Africa (available at Cambridge University Press).

Morten Bøås is Research Professor at the Norwegian Institute of International Affairs. He conducts fieldwork in Africa and the Middle East. The author of numerous reports and articles, his most recent books include Africa’s Insurgents: Navigating an Evolving Landscape (2017) and Doing Fieldwork in Areas of International Intervention: a Guide to Research in Closed and Violent Contexts (2020). Bøås has led several large international research projects including the EU Horizon 2020 funded projects EUNPACK (2016- 19) and PREVEX (2020-22). Morten is also Project Manager of FRAGTAX (2021-2024) and co-charing the TaxCapDev-network.

This event is organized by the TaxCapDev-network and we will live stream it to NUPI’s YouTube channel (no registration needed for digital participation). 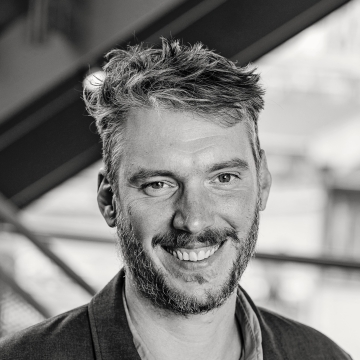