Fragile states and taxation: Evidence from Afghanistan, Liberia, and the Sahel

Join us on the 30th of August for an illuminating look into the role taxation and state fragility play in modern state-building.

All states need to mobilize resources domestically; the question is how this can be achieved effectively and legitimately. This is a challenge for all states but especially pertinent in fragile states that find themselves in precarious and pivotal moments of their state-building processes. Here, the creation of effective tax regimes can play a key part in ensuring peace and strengthening state capacity to deal with underlying societal fissures. Tax regimes and reforms have therefore become a key issue of contemporary state-building initiatives. But fragile states are not a uniform group; they follow different trajectories and face different challenges and levels of administrative capacity to build robust fiscal institutions. Their current tax regimes and effectiveness also greatly vary. The same is true for the level and nature of damage that – their often tumultuous – pasts have put on their fiscal institutions.

Thus, to discuss challenges and opportunities across the variety of states marked as fragile we have assembled a diverse group of scholars to present their findings. Sarajuddin Isar, an Afghan scholar currently based in London, will present his studies on the role of tax regimes and fiscal capacity in Afghanistan's complicated modern history. This will be complemented and contrasted by James Shilue's extensive work related to development and peacebuilding in Liberia. Lastly, Dr. Abdoul Wakhab Cissé will present and discuss the role of state fragility, state-building, and tax capacity within the context of the increasingly fragile and violent Sahel region.

Following these presentations, a discussion and reflection - moderated by Research Professor at NUPI, Morten Bøås – this discussion will be kicked off by Dr. Joseph Simon Kiria from Mzumbe University, Tanzania.

This event is organized by the TaxCapDev-network and we will live stream it to NUPI’s YouTube channel (no registration needed for digital participation).

Abdoul Wakhab Cissé is currently a senior researcher for a think tank called ARGA (Alliance for Rebuilding Governance in Africa) based in Dakar, Senegal but with staff in Mali, Burkina, Niger and Ivory Coast. Dr. Cissé coordinate a research partnership with NUPI within his think tank on conflict, peace and security in the Sahel. Dr Cissé graduated in Sociology(M.A) from the Cheikh Anta Diop University of Dakar, Senegal and from Victor Segalen University in Bordeaux. He also holds a Ph.D. in political science from Sciences Po Bordeaux, France. He also worked as a sociologist for the Senegalese National Institute for Agricultural Research.

Sarajuddin Isar is a Political Economy researcher with extensive experience in banking, finance and international development. He has recently passed his PhD thesis with minor correction at the School of Oriental and African Studies (SOAS). His research focus is on the political economy of taxation and state-building in post-Bonn Afghanistan. Isar is a researcher with two old London-based magazines –the International Accounting Bulletin and the Accountant, London. He is also a research affiliate with Biruni Institute, Kabul. Prior to that he worked with Oliver Wyman, Independent and BBC Persian London. Isar also has experience from the Central Bank of Afghanistan as well as a series of organisations including the USAID/BearingPoint, UN/WFP and international charities such as the Catholic Relief Services, Acted, Afghanaid and Oxfam. Isar is a published academic author and contributor to a number of academic journals, media pages and research think tanks across the UK and Afghanistan.

Joseph Simon Kiria is a senior lecturer in taxation and public finance at Mzumbe University based in Morogoro, Tanzania. He holds a Ph.D. in management from the University of Hull and a master’s degree in financial management from Glasgow Caledonian University. He has more than 25 years of experience in teaching, research and consultancy, with a focus on the taxation and public finance, public financial management and governance. His research work has involved collaboration with Tanzanian Government ministries and donor funded NGOs. At Mzumbe University, he coordinates research activities within his area of expertise and currently, he is serving as a board member and a chair to the audit committee of the board of directors of a major state-owned enterprise in Tanzania called the National Insurance Corporation.

James Suah Shilue is an Executive Director, Platform for Dialogue and Peace (P4DP). Previously served as Liberia Programme Coordinator, UN Joint Interpeace Initiative. He has master’s degrees in social and Community Studies (De Montfort University, UK) and an MA, Development Studies (ISS, The Hague). He is an adjunct lecturer, Dept of Sociology, University of Liberia. He has been working for more than 20 years on (Natural Resource Governance, Resilience, Peacebuilding and Conflict prevention).

Morten Bøås is Research Professor at the Norwegian Institute of International Affairs. He conducts fieldwork in Africa and the Middle East. The author of numerous reports and articles, his most recent books include Africa’s Insurgents: Navigating an Evolving Landscape (2017) and Doing Fieldwork in Areas of International Intervention: a Guide to Research in Closed and Violent Contexts (2020). Bøås has led several large international research projects including the EU Horizon 2020 funded projects EUNPACK (2016- 19) and PREVEX (2020-22). Morten is also Project Manager of FRAGTAX (2021-2024) and co-charing the TaxCapDev-network. 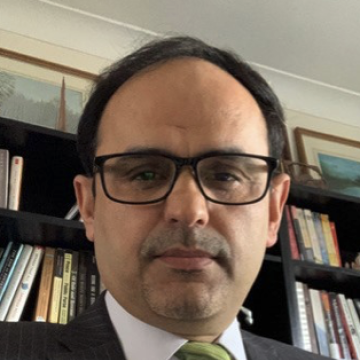 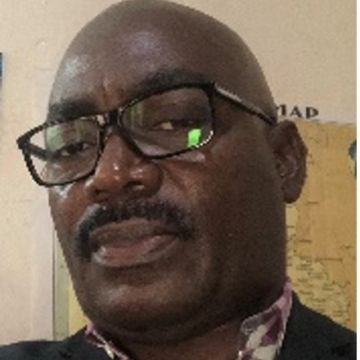 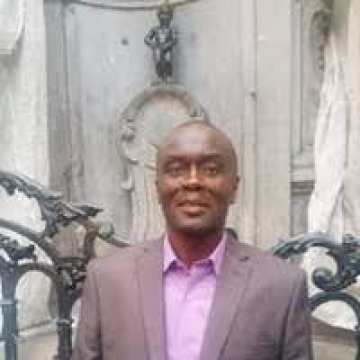 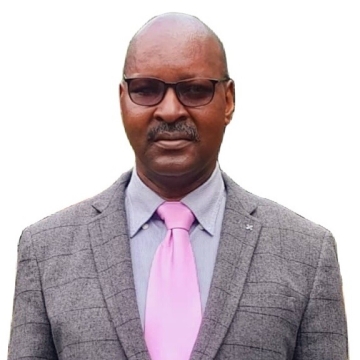