This webinar is hosted by the Royal United Services Institute (RUSI) in collaboration with the Center for Strategic and International Studies (CSIS) and the Norwegian Institute of International Affairs (NUPI).

To take part you must pre-register no later than 24 October.

You can watch the webinar here.

Russia’s war in Ukraine is an inflection point for Euro-Atlantic and global security. It is a war that has quickly escalated from a defence and foreign policy challenge to encompass other areas such as nuclear, energy and food security. Within Europe, it has produced a renewed focus on sub-regions such as the Arctic and High North, the Baltic Sea, Central and Ea

stern Europe, and the Black Sea, and the distinctive security challenges in each.

Transatlantic governments have had to quickly reassess threat perceptions, defence spending, posture and capabilities. Thus far, transatlantic unity has been impressive, and the historic NATO Summit in Madrid, where a new strategic concept was adopted and Finland and Sweden were invited to join the Alliance, is evidence of this. Now, however, the focus must turn to implementation and the ongoing defence and deterrence of the Euro-Atlantic area.

This panel discussion is an opportunity for UK, US and Norwegian officials to explain any reassessment of regional and global priorities following the war in Ukraine. This event is part of our Norway, US and UK Transatlantic Trilateral Security Dialogue project.

The panel discussion will consider the following questions:

If you have any questions, please email Živilė Kulevičiūtė, Events Manager, at ZivileK@rusi.org. 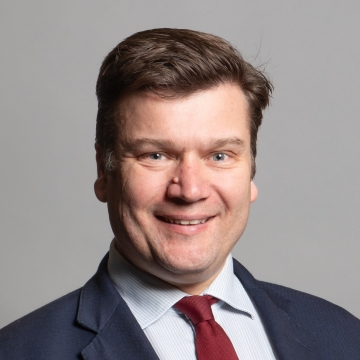 Minister of State for the Armed Forces and Veterans, Britain