Challenges and opportunities for the UN in 2017 and beyond

Time: 13:00 Location: NUPI Language: English Available seats: 38
Add to calendar 17-01-17 13:00 17-01-17 14:30 38 Challenges and opportunities for the UN in 2017 and beyond António Guterres is the new UN Secretary-General, President-elect Donald Trump is about to enter The White House, the world is witness to a range of big conflicts. How should the UN move from here? NUPI NUPI seminar@nupi.no http://www.facebook.com/events/160427380695693 false DD/MM/YYYY
I want to register for the following event:

António Guterres is the new UN Secretary-General, President-elect Donald Trump is about to enter The White House, the world is witness to a range of big conflicts. How should the UN move from here? 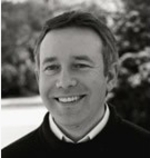 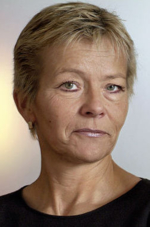 Director for UN Policy at the Norwegian Ministry of Foreign Affairs

António Guterres is the ninth United Nations Secretary-General, and took up office on 1 January. He is tasked with leading a UN that have to address a number of challenges. Conflicts are raging on in Iraq, South Sudan, Syria and Yemen. President-elect Donald Trump has signaled a tough attitude and tightened purse-strings toward the United Nations. There is a high number of humanitarian crisis and an unprecedented large number of refugees and displaced persons. In addition, the UN has to lead on a range of global challenges such as climate change, violent extremism, and transnational organised crime, to name a few. On the other hand a new Secretary-General has the opportunity to introduce reforms that can improve the effectiveness of the UN system and re-install trust and confidence that the UN will continue to be relevant for 21st century challenges.

To discuss these issues, we have the pleasure of hosting Sam Daws, Director of the Project on UN Governance and Reform at Oxford University, who has spent 30 years working for or with the United Nations. He recently served as Deputy Director (United Nations) in the UK Cabinet Office, providing strategy advice to the British Prime Minister and his Envoy on the UN Post-2015 development panel.  He previously served as Senior Principal Research Analyst in the Multilateral Policy Directorate of the Foreign and Commonwealth Office. From 2000 to 2003 Mr Daws served as First Officer in the Executive Office of UN Secretary-General Kofi Annan in New York.  He served for six years as Executive Director of the United Nations Association (UK) and then in 2010 became Senior Advisor and UK Representative to the UN Foundation.

Mr Daws has authored or co-edited 13 books on the UN, including The Oxford Handbook on the United Nations and The Procedure of the UN Security Council (both published by Oxford University Press). He also directs the consultancy company 3D Strategy, which provides UN strategy advice and training to governments, foundations and research institutes.  He is currently designing multilateral negotiation training courses for the FCO’s new Diplomatic Academy.

A panel of discussants will respond to Sam’s presentation.

Cedric de Coning is a Senior Research Fellow in the Peace and Conflict Research Group at NUPI, and he is also a Senior Advisor on Peacekeeping and Peacebuilding for ACCORD. He served on the UN Secretary-General’s Advisory Group for the Peacebuilding Fund, and worked for the Department of Peacekeeping Operations in Timor Leste and New York. Recent books include a co-edited volume on the first 10 years of the UN peacebuilding architecture (Routledge, 2016) and a forthcoming co-edited volume on the need for updating UN peacekeeping doctrine (Routledge, 2017).

Hans Jacob Frydenlund is Director for UN Policy at the Norwegian Ministry of Foreign Affairs. Frydenlund joined the MFA in 1986 and has served in Chile, at the Norwegian Missions to the EU and the UN and as Norwegian Representative to the Palestinian Authority. He has thirteen years of experience from conflict resolution in Africa.

Liv Tørres is Executive Director at the Nobel Peace Center (from January 2016). She is former General Secretary of the Norwegian People’s Aid. Previous engagements include political advisor for Minister of Labour and Social Inclusion Hanne Bjurstrøm (Labour Party); the research institute Fafo; the University of Oslo and the Research Council of Norway. Tørres holds a PhD in political science from the University of Oslo.

The seminar will be facilitated by Kari Osland, the head of the Peace and Conflict Research Group at NUPI.