The anglophone crisis in Cameroon: uncovering a neglected conflict

Guillaume Nseke discusses a conflict that – despite hundreds of casualties, and thousands internally displaced – has failed to gain international attention. 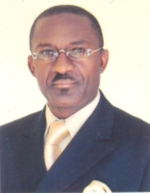 The most recent part of the anglophone crisis in Cameroon started almost two years ago. Its inception was claims from anglophone lawyers of the North West and South West regions of Cameroon about the full restoration of the common law system in their two English-speaking regions. This was followed by a strike lead by anglophone secondary education teachers in Bamenda (Headquarters of the North-West region), coupled with thousands of anglophones marching to demand respect for their educational system. Since then the situation has deteriorated into an armed conflict and gradually escalating to civil war.

Since the beginning of this crisis, it has been difficult to establish an accurate balance sheet of casualties, but hundreds of civilians have lost their lives, more than 70 villages destroyed, and about 160 000 are internally displaced while around 35 000 have sought refuge in neighboring Nigeria. Thus, from every indication, a huge humanitarian crisis that is tantamount to have a spill-over effects in South Eastern Nigeria, looms over Cameroon if corrective measures are not swiftly taken.

Despite commendable reports and analysis from renowned organizations such as International Crisis Group, Amnesty International, Human Rights Watch and the Catholic Relief Services as well as well as researchers, this crisis is still not much known to the rest of the world and often misunderstood and misrepresented. Against this background, the presentation will analyze root causes and measures that could be taken for the resolution of the crisis and discuss possible post-conflict management scenarios.

Ambassador Guillaume Nseke is a diplomat at African Centre for Science and International Security (AFRICSIS), and has previously worked in Nigeria, Burkina Faso, Togo, Niger and Benin with bilateral relations, and he has been a representative of the OIF and the UN. He holds a doctorate degree in International Relations from the International Relations Institute of Cameroon and his interests include international relations and diplomacy, regional integration and economic and social development, negotiation, conflict prevention, terrorism and international security.