Professor Frank Schimmelfennig is visiting NUPI to discuss differentiated integration, which has become a core feature of European integration. 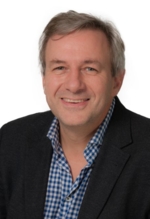 Finding the right balance between national autonomy and cross-national integration has been a key question throughout the history of European integration. It has also become more urgent following the British government decision to withdraw from the EU and the fear that other states may do the same. In the current situation, it is likely that we will see a process of more flexible integration. However, we know little about what it means in practice, and how will it be addressed by different actors and levels of government (the EU, the member states and associated member states).

Frank Schimmelfennig is Professor of European Politics and member of the Center for Comparative and International Studies at ETH Zurich. His main research interest lies in the theory of European integration and, more specifically, in EU enlargement, differentiated integration, democracy promotion, and democratization.

The seminar is part of NUPI’s seminar series Norway meets Europe and the new project EUFLEX. It will be chaired by Pernille Rieker, Research Professor at NUPI.