Belarus: At the Height of Mobilisation and Repression

Nine months after the massive political protests started as a reaction to the 2020 presidential elections, this webinar examines the state of the political crisis in Belarus. Researcher at Institute for Russian and Eurasian Studies, Uppsala University 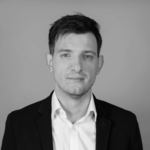 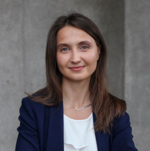 The 2020 presidential elections in Belarus mobilized political protests of a scale and scope not seen since the country gained independence in 1991. It also unleashed unprecedented mass repression by President Lukashenka’s government against any signs of political dissent.

Nine months after the beginning of the protests, we examine the state of the political crisis in Belarus and strategies of authoritarian survival as well as peaceful political resistance.

We will discuss what factors have contributed to the erosion of the authoritarian political system prior to the 2020 elections and how the oppositional movement gained a political momentum. In light of many political uncertainties in the future of Belarus, we will review what has changed in Belarusian society and how Belarusians view these changes.

Dr. Sofie Bedford is an affiliated researcher at Institute for Russian and Eurasian Studies (IRES) at Uppsala University. She has a Ph.D. in Political Science from Stockholm University and an MA in Peace and Conflict Research from Uppsala University. The title of her 2009 PhD thesis is Islamic Activism in Azerbaijan: Repression and Mobilization in a Post-Soviet Context. Read Sofie Bedford's latest article in Nordisk Østforum here.

Nadja Douglas is a political scientist and a researcher at ZOiS. She holds a PhD from Humboldt-Universität zu Berlin and a master’s degree in international relations from Sciences Po Paris. Previous to her current position, she worked as a Liaison Officer for the German OSCE Chairmanship 2016 at the OSCE Mission to Moldova as well as an advisor on security and defence policy at the German Bundestag.

Ryhor Astapenia's research examines the roles of the Belarusian political elites in the decision-making process within the country, and their interaction with the European Union institutions. Ryhor is founder of the Centre for New Ideas, a Minsk-based nonpartisan CSO promoting democratic reforms in Belarus. He received his PhD in Political Science at the University of Warsaw and previously worked as a development director and analyst at the Ostrogorski Centre, a Belarusian think tank.

Maryia Rohava is an independent analyst working on Belarusian politics. She was a research fellow at the University of Oslo specialising in East European and Russian area studies. Her research focuses on the intersection of the authoritarian regime and identity politics in Belarus and has been published in East European Politics and Societies, Nations and Nationalism, and Osteuropa.