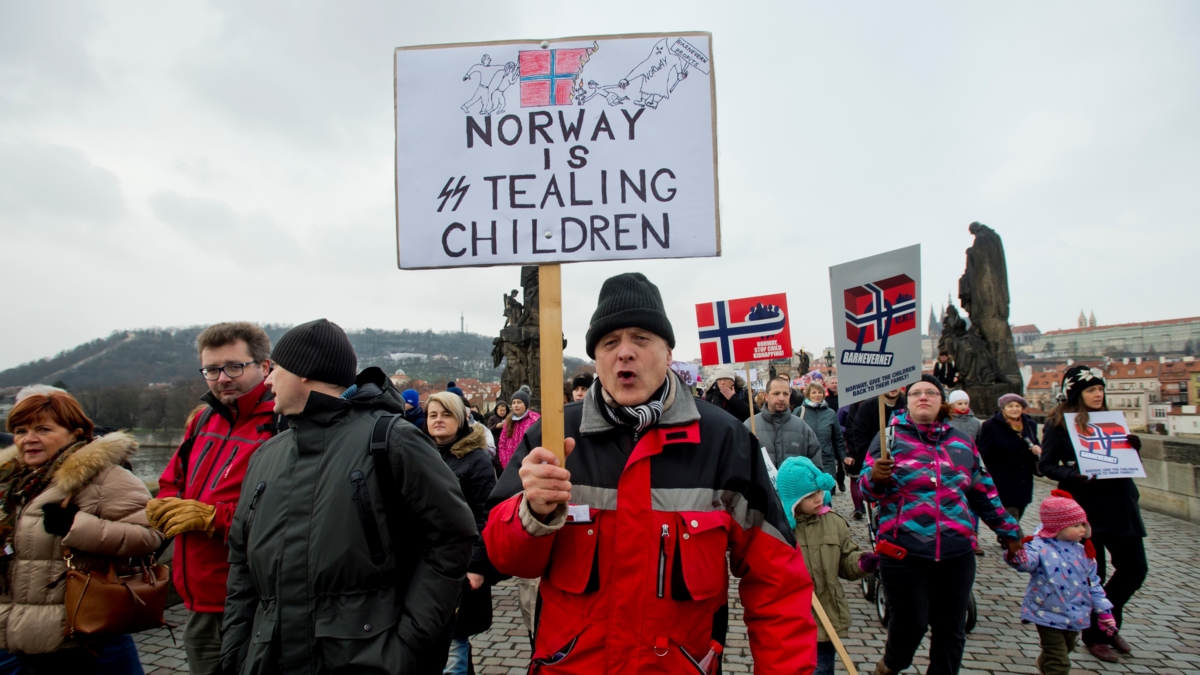 How states cope with international criticism

When states and their leaders encounter international criticism, they normally employ one of three strategies: recognition, rejection or countering. Diplomats, however, often take a fourth approach, according to a new study by Senior Research Fellow Kristin Haugevik (NUPI) and Professor Cecilie B. Neumann (OsloMet).

Several hundred demonstrators gathered in front of the Norwegian Storting on Saturday 16 April 2016. Carrying posters with slogans like ‘Let the children go home now’, they showed their opposition to the Norwegian Child Welfare Services. According to the organizers, similar demonstrations would take place in 20 other countries on that day. Moreover, the public broadcaster BBC World Service had scheduled a critical documentary on the Norwegian Child Welfare Services.

Allegations that Norway kidnaps children have increased amongst critics outside Norway’s borders. Around the world, politicians and members of the public have voiced criticism of the Norwegian Child Welfare Services, peaking in the spring of 2016.

How do bureaucrats, politicians and diplomats manage such criticism – criticism that may damage the reputation of their state?

Neither reject nor recognize

Senior Research Fellow Kristin Haugevik (NUPI) and Professor Cecilie Basberg Neumann (OsloMet) have studied the latter group in particular – diplomats – and find that these tend to opt for a fourth strategy.

‘Earlier work has shown how states and their leaders deal with such criticism by recognizing, rejecting or countering it. The response they choose will depend on the nature of the case, its context, and what kind of relation the state has to those voicing the criticisms. This is a recognized typology, but in our article, we show that a fourth management strategy also exists – one that involves listening to and containing the criticism, without directly rejecting or recognizing it’, Haugevik explains.

Their findings are presented in the research article ‘Reputation crisis management and the state: Theorising containment as diplomatic mode’, published in the prestigious European Journal of International Relations this month.

Diplomats ‘caught in the middle’

Whereas political leaders often encounter demands for clear answers when faced with criticism, diplomats generally have a different role.

‘Our focus in this study has been on how diplomats find themselves caught in an in-between position when their state’s domestic politics are put under scrutiny. Their job is to be a facilitating intermediary: keeping communication channels open, listening to and mapping the criticism. They themselves rarely have enough room for manoeuvre to deal with individual cases or the framework around these.’

Haugevik notes that there are several studies available on how states manage crises related to their own territory, resources or citizens.

‘However, in our study, we point out that states are concerned about having and maintaining a good international reputation. They care about branding, and their country’s standing in various rankings, for example. When international actors – state as well as non-state – voice criticism that targets the very core of a state’s reputation, this may lead to uncertainty and demands for foreign policy crisis management.’

‘We found some variations over time, but that the Norwegian authorities were especially concerned with rejecting and correcting what they perceived to be wrongful or unreasonable criticisms of the practices of the Norwegian Child Welfare Services. However, we also found that diplomats at Norwegian foreign service missions became a sort of frontline in several instances. They became both contact points and intermediaries, tasked with mapping, receiving and conveying the criticism’, says Haugevik

Haugevik and Neumann characterize the strategy often used by diplomats as containment.

Haugevik further explains that this is not something unique to diplomats. The political leadership and bureaucracy also employ containment at times.

‘But for diplomats, this is more of an integrated working method. It’s part of the craft of diplomacy to build bridges, listen, put aside one’s own feelings and views, and facilitate dialogue and communication. That doesn’t mean that diplomats are value-neutral – one diplomat we interviewed emphasized this. It’s more about how diplomats strive to appear to be open and listening – even though they may have a specific mandate or are meant to promote a particular interest.’

‘May contribute to curb conflict’

When a state is subjected to international criticism, several factors are involved in determining the response.

‘There is much to indicate that how a state will deal with international criticism varies according to the sender. Criticism from actors generally seen as sharing the same ideals and values with the state in question will hit in a different way than criticism from other, less similar, actors. Authority is also a dimension. If Norway is convicted in child welfare cases in, say, the European Court of Human Rights, this must be handled differently than with criticism from interest groups or states with child and family policies that diverge from those of Norway’, explains Cecilie Basberg Neumann.

Containment may prove a valuable approach in many cases. Neumann concludes:

‘In cases where criticism is strong and feelings are involved on both sides, firm rejection or countering may well lead to further escalation. Good containment strategies may help to curb conflict and pave the way for dialogue and compromise.’