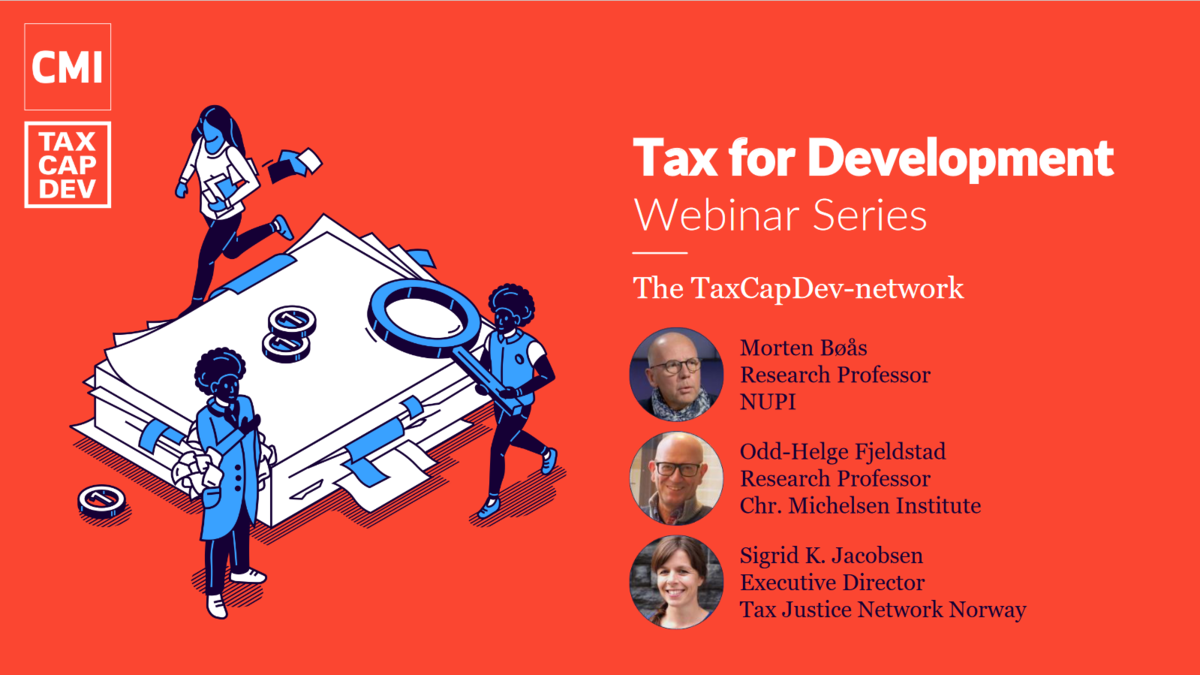 Taxation is the key to state-building and the pathway out of fragility. An important theme forming the basis for the TaxCapDev-network. 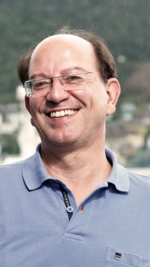 TaxCapDev is a network that brings together researchers and experts with the aim of making research related to capital flight, tax and development easily accessible to interested actors and Norwegian and international decision-makers.

The network works on the basis that tax is much more than a technical problem, and that tax is at the centre of important social science debates about the state and the evolution of states. This requires research collaboration across different disciplines and perspectives. Therefore, the network seeks to bring together researchers, politicians and other actors from the global north and south, and help drive increased collaboration in this field. The TaxCapDev network has taken part in Arendalsuka, arranged international conferences and published research.

An important contribution from the TaxCapDev network is the book «Lifting the Veil of Secrecy» published by CMI and TJN. This book provides clear evidence of how the use of tax havens affects compliance with tax obligations, how it affects lobbying against national tax systems and how tax havens shape the state-citizen relationship. The authors explore these challenges, the actors, the effects and the political tools that can provide solutions.

Tax research has grown rapidly in the last 5-10 years. Taxes in the development context were previously reserved for a few "nerds" and the International Monetary Fund (IMF) but is now lifted high up on the agenda. This has led to the creation of new databases based on new sources, researchers working more closely with tax administrators and recent research has highlighted the important role played by various formal and informal social norms in shaping compliance with tax obligations and the issue of corruption.

There has also been a growing focus on taxes in connection with fragile states and their capacities. Without financial resources, states cannot perform the tasks that their citizens demand of them. Fragile states usually do not have tax revenues corresponding to the expenditures in the state budget (which also applies to many richer countries) and are completely dependent on development aid funds. Development aid may prevent a state from collapsing completely, but they are also not sustainable in the long term for the state's development of its own revenue base and capacities. This phenomenon is often called the "fragility-dilemma", and applies to countries such as Mali and the Central African Republic.

Another important area of research is capital flight and economic inequality. These are not issues that only apply to developing countries in Africa, but also to most other countries in the world. National tax systems and international tax rules are not capable of preventing multinational companies from placing their revenues in tax havens beyond the reach of national tax authorities. This is particularly demanding for fragile states that do not have the opportunity to set a hard line against large companies, something that has also proved difficult for wealthy countries such as France.

If you missed the previous webinar, do no despair. CMI is organising three more webinars in the Tax for Development Webinar Series: