The future of the EU as seen from Greece

With a changing world, the EU will also change. As one of the Unions member states, Greece has sometimes had a strained relationship with Brussels. How does Greece see the future of the EU?

The EU is in a period of change. Challenges such as Brexit, migration, unemployment and Islamic fundamentalism will be some of the main concerns for the EU in the time to come. Greece has since the financial crisis in 2008 sometimes had a strained relationship with Brussels, and for a time there was serious talk of a ‘Grexit’. On this backdrop, and in light of the recent elections in France, Britain and the upcoming elections in Germany, we will in this seminar learn more about how Greece perceive the future of the EU.

To shed light on this, Mr. George Katrougkalos will visit NUPI. He is currently Alternate Foreign Minister for European Affairs in Greece. He previously served as the Minister of Labour and Social Solidarity and as an Alternate Minister of Interior and Administrative Reconstruction in Tsipras's first cabinet.

From 2014 to January 2015 he was a member of the European Parliament. Katrougkalos has a background as professor of public law at the Democritus University of Thrace.

This seminar is a part of the ‘Norway meets Europe' project, and chair is Senior Research Fellow at NUPI Pernille Rieker. 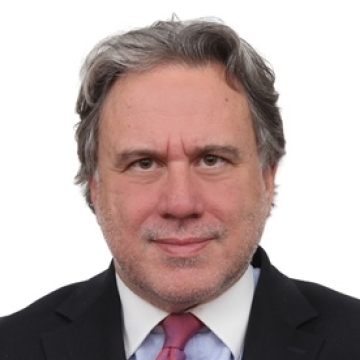