Fighting violent extremism: What can be learned from the North Caucasus?

What factors affect the flow of recruits from the North Caucasus areas to jihadist groups in and outside of Russia?

Fighters from the North Caucasus have for years swelled the ranks of jihadi groups, both domestic and abroad. Numbers vary, but it has been suggested that at least 3471 Russian nationals have left the North Caucasus to join the Islamic State and other factions in the Syrian Civil War.

Meanwhile, and despite the flow of radicals leaving the North Caucasus, there are still jihadi groups active inside the North Caucasian republics of the Russian Federation. This predominantly Muslim region have been marked by periods of war, repression, terrorist attacks and a generally poor security situation. While the conditions have improved in the later years, the jihadi narrative still resonates among parts of the population. What can explain the enduring salience of this radical ideology? How does the state act to stop the flow of North Caucasians joining jihadi organizations both inside and outside the republics?

Understanding radicalization as a mainly ideological process, Irina Starodubrovskaya uses the market as an analogy to better understand how the ideology is “sold”. How is the demand for radical ideologies formed? Are the relations among the various suppliers competitive, or cooperative? And how can a state deal with radicalization by influencing supply/demand factors as well as the cost/benefit ratio of various “market products”? Drawing extensively on North Caucasus materials collected during eight years of fieldwork, Starodubrovskaya will analyze the best and worst practices of state activity in fighting radicalization in the North Caucasus.

Irina Starodubrovskaya is the head of the department “Political Economy and Regional Development” at Gaidar Institute for the Economic Policy. She has previously worked in the Moscow office of the World Bank, then continued to work on the implementation of the World Bank projects in the Foundation for Enterprise Restructuring as deputy director. North Caucasus is one of the leading areas of her professional activity. She is the author of several publications on different aspects of North Caucasus problems including Islamic fundamentalism and radicalism.

This seminar is co-hosted by the Consortium for Research on Terrorism and International Crime and Senior Research Fellow Julie Wilhelmsen will chair the event.

Terrorism and extremism  Russia and Eurasia 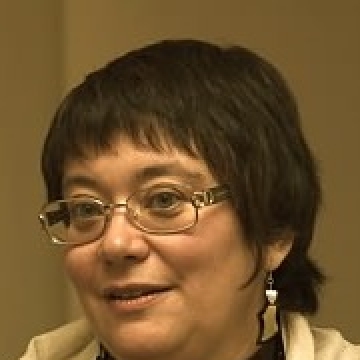