NATO – an alliance for the future?

NATO is currently facing new and major challenges in today’s security environment. How well is the alliance prepared and equipped to meet these challenges?

As the NATO Alliance turns 70 this year, it remains the most successful military alliance in history.  However, as new security challenges emerge, NATO must be prepared to meet them, presenting a strong and credible deterrent.

The event will be moderated by Senior Advisor and Head of Research group on security and defense at NUPI, Karsten Friis.

Michael J. Murphy has served as the U.S. Department of State’s Acting Principal Deputy Assistant Secretary of State (A/PDAS) for European and Eurasian Affairs since February 2019.  A 27-year veteran of the U.S. Foreign Service, he became Deputy Assistant Secretary of State for European & Eurasian Affairs in June 2018 and in that capacity oversees European security, including NATO, the OSCE, and conventional arms control, as well as the Nordic and Baltic countries.  Immediately prior, from 2017-2018, Michael served as Director of the Office for European Security & Political-Military Affairs in the Bureau of European & Eurasian Affairs.  He served as the Associate Dean of the Leadership and Management School at the National Foreign Affairs Training Center from 2015-2017. 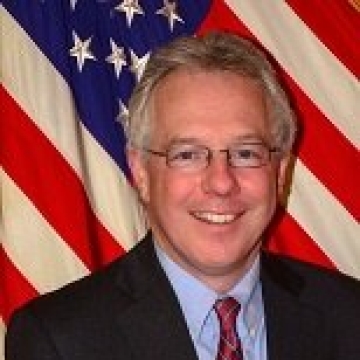