2014 - 2018 (Completed) Project number: 238066
Research Project
How can Norwegian society best be protected, when increasing numbers of citizens are found outside the borders of the state?

This is the underlying question of DoC:PRO. The project departs from the observation that a steadily increasing proportion of Norwegian citizens are found outside the borders of Norway, and that there hardly exists any sustained conversation about how these citizens can be proactively protected or safeguarded in times of crisis. Thus, the project aims to explore how society can prevent crises for citizens abroad, as well as how the lives and health of citizens can be safeguarded during and after crises abroad. The main challenge can be found in the partiality of existing research - while both state security and citizens abroad are discussed, there is no overarching perspective.

The project thus introduces the concept of the 'duty of care', which states and other principals hold towards their subordinates, as a prism through which protection of citizens abroad can be studied. By highlighting a state's duties and responsibilities for protecting citizens outside of the territory, the concept represents an innovative approach to the study of new security threats, where the security of Norwegians rather than of Norway is at stake; the concept lends itself to understanding, explaining and demonstrating effects of territorially defined state practices, as they are exported beyond the border.

Empirically, the project investigates the concept and the practice of the 'duty of care' in relation to the diplomatic institutions which uphold them, the foreign policy practices which activate them and the public/private partnerships which negotiate them. DoC:PRO will strengthen our understanding of the challenges involved in protecting citizens abroad, critically investigate current practices in the field, establish best practices through comparative investigations and highlight tensions between private liberties and state security. 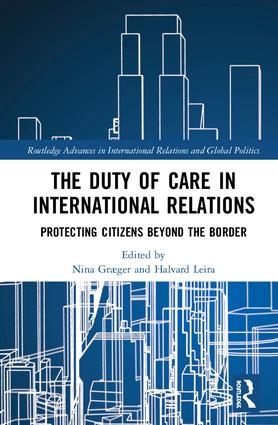 2019
This book offers a first overarching look at the relationship between states and their citizens abroad, approached through the concept 'Duty of Care'. How ...
Publication

Introduction: The Duty of Care in International Relations

2019
In this introduction, we lay out the premises, logics and content of the book in more detail. In the next section, we introduce a varied set of current ...
Publication : ARTIKKEL 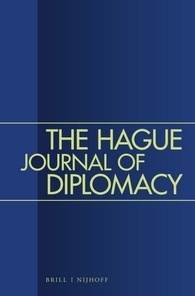 2018
This article analyses the state’s duty of care (DoC) for citizens who fall victim to unforeseen catastrophic or violent events abroad. The DoC highlights ...
Publication : ARTIKKEL

Caring and Carers: Diplomatic Personnel and the Duty of Care

2018
This article deals with the duty of care that states hold in relation to their citizens abroad — more specifically, the double role of diplomatic personnel, ...
Publication : ARTIKKEL

2018
States alternate between the roles of ‘caretaker’ and ‘rescuer’ when providing care to citizens abroad. This article suggests that they are more likely ...
Publication : ARTIKKEL 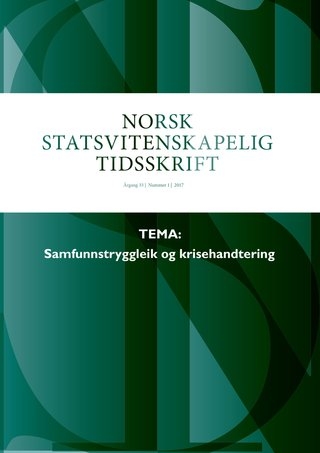 2017
(Norwegian only): This article deals with the «duty of care» held by states for their citizens, when the citizens are abroad. The arguments are based ...
Publication : OVERSIKTSART

Protecting citizens abroad – who is responsible when crisis hits, and at what costs?

Who is responsible when Norwegians are in trouble abroad, such as Frode Berg in Russia or French and Moland in DR Congo, or in case of natural disasters and terrorist attacks?