Roads to Power? The political effects of infrastructure projects in Asia (ROADS)

2020 - 2025 (Ongoing)
Research project
Does investing in roads and railroads in another country generate increased political influence? ROADS seeks to answer this question by zooming in on China´s role in building high-speed railways (HSR) in Laos, Myanmar, Malaysia and Indonesia.

China´s Belt and Road Initiative (BRI) is said to be aimed at generating both economic gains, but also political ones - tying recipients of Chinese investments closer to Beijing.

But does investing in roads and railroads in another country generate increased political influence?

ROADS seeks to answer this question by zooming in on China´s role in building high-speed railways (HSR) in Laos, Myanmar, Malaysia and Indonesia. We will assess the political effects of these HSR projects by analysing the pre-existing relationship between China and the countries where they invest, as well as aspects of the HSR projects themselves. It matters a lot, for example, whether China has a history of cooperation with a country, whether there is ideological similarities between the two countries, or whether the relationship is strictly instrumental. It also matters how the HSR projects are managed and perceived in the host country. It may benefit economic elites, for example, but not yield any clear benefits to political elites.

Exploring these questions through case-studies in Laos, Myanmar, Malaysia and Indonesia will enable us to identify whether and how economic investments in infrastructure will, or will not, yield political influence for China. As such, the hope is to contribute to broader debates about the future role of China in Asia and beyond.

The project is funded by the Research Council of Norway. 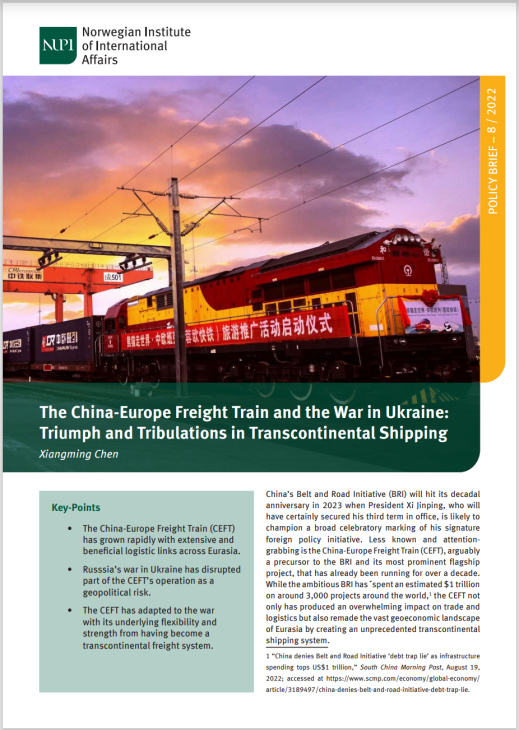 The China-Europe Freight Train and the War in Ukraine:Triumph and Tribulations in Transcontinental Shipping 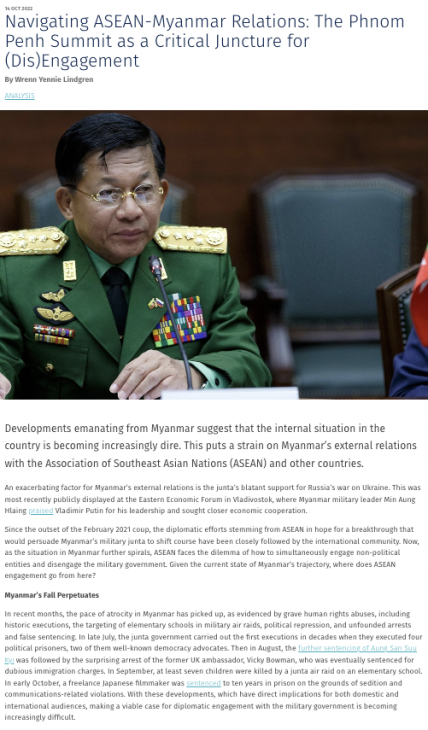 Navigating ASEAN-Myanmar Relations: The Phnom Penh Summit as a Critical Juncture for (Dis)Engagement

2022
This article considers recent internal developments in Myanmar and how they strain external relations with the Association of Southeast Asian Nations ... 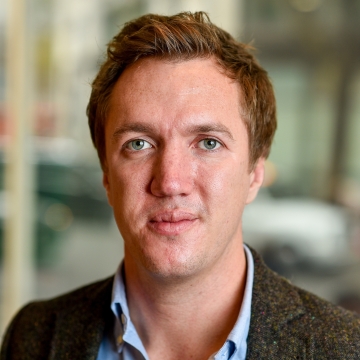 China’s Belt and Road Initiative is evolving, but the Covid-19 pandemic and the war in Ukraine are stirring questions about its paths. Are the original Chinese visions and ambitions still intact and how are construction projects and overall plans affected?