Does global activism affect public debate around conflict minerals? The case of Congo

NUPI, UNDP OGC and the Kingdom of the Netherlands Embassy to Norway have the pleasure of inviting you a seminar with Dr. Dirk-Jan Koch.

Robin Wright (also known as Claire Underwood in House of Cards),  Alec Baldwin and many other celebrities have joined the fight against conflict minerals from the DRC. They have been very successful and a law was passed against conflict minerals from the DRC in the United States. At this very day, we are in the midst of a conflict minerals law negotiation in the European Union which was largely the result of the lobbying of the activists and their celebrities. Yet, there is a growing group of anti-activists, who argue that the celebrities and the conflict mineral campaigners oversimplify the problem and propose the wrong solution without the consent of the local population. Those anti-activists argue that while the campaigners have shaped the debate, they have done it in such a way that actually hinders the development of the DRC. In the interactive guest lecture Dr Dirk-Jan Koch will debate global activism with respect to conflict minerals in the DRC, its successes, challenges and finally its effects.

He started his career as a diplomat and policy advisor at the Netherlands Ministry of Foreign Affairs and was based in the Hague and in the DRC, where he focused amongst others on the linkages between conflict and the exploitation of gold and diamonds.

Before re-joining the Ministry of Foreign affairs of the Netherlands, he served as Search for Common Ground’s Regional Director for West and Central Africa, based in the DRC. He oversaw more than 200 staff and conflict resolution programs in Cote d’Ivoire, Liberia, Sierra Leone, Guinea, Nigeria, the Central African Republic, the DRC and Angola. He supervised a diverse array of programs ranging from the amnesty program in the oil-rich Niger Delta program to the demilitarization of the tin-mines in the DRC. He is the current Dutch Special Envoy of Natural Resources. 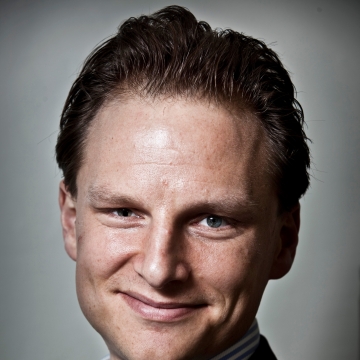