NUPI has the pleasure of inviting Kasper Hoffmann from University of Copenhagen to talk about armed groups in DR Congo, and how they use taxation in their constitution of public authority.

State collapse, followed by two decades of armed conflict, has turned the eastern regions of the Democratic Republic of the Congo into a deeply fragmented political space. Armed groups, state officials, and civil society members are in a constant competition regarding public authority over people and natural resources, and role of taxation is central in the struggle to assume this authority.  While earlier literature presented the practice of taxation during conflict as predatory and violent, recent studies show that this is far more complex. Taxes not only secure revenue for armed groups, the role of taxation also works as a social contract between authorities and citizens, creating some bonds of mutual obligations and rights.

Kasper Hoffmann is a post-doctoral researcher at the Department of Food and Resource Economics (IFRO) at Copenhagen University, Denmark. He is also affiliated with the Conflict Research Group (CRG) at Ghent University, Belgium. His research focuses on the constitution of political and legal identities, rebel governance, the production of political space, and land conflicts and governance, in eastern Democratic Republic of Congo.

Chair this day is Research Professor Morten Bøås. He works predominantly on issues concerning peace and conflict in Africa, including issues such as land rights and citizenship conflicts, youths, ex-combatants and the new landscape of insurgencies and geopolitics. Bøås has authored, co-authored and co-edited several books and published a number of articles for academic journals. He has conducted in-depth fieldwork in a number of African countries and travelled widely elsewhere on the continent. 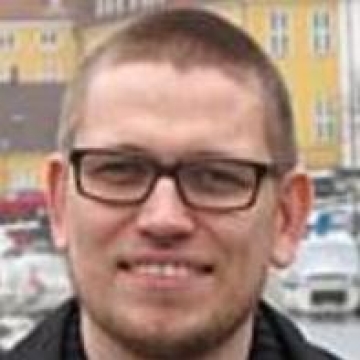