Is the EU ready to handle the major challenges it is facing?

Ivan Krastev reflects on the future of the EU, and whether the union is ready to handle major challenges such as migration, the spread of right-wing populism, and instability in the east.

In a rather provocative book from 2017, After Europe, Ivan Krastev reflects on the future of the European Union - and its potential lack of a future. He argues that with far-right nationalist parties on the rise across the continent and the United Kingdom planning for Brexit, the European Union is in disarray and plagued by doubts as never before.

Krastev includes chapters devoted to Europe's major problems such as the political destabilization sparked by the more than 1.3 million migrants from the Middle East, North Africa, and South Asia, the spread of right-wing populism, and the thorny issues facing member states on the eastern flank of the EU. He concludes by reflecting on the ominous political, economic, and geopolitical future that would await the continent if the Union itself begins to disintegrate. The book came out one year ago and we ask if Krastev still has such a gloomy interpretation of the Union’s future?

Dr. Ivan Krastev is Chairman of the Centre for Liberal Strategies in Sofia and permanent fellow at the Institute for Human Sciences, Vienna. He is a founding board member of the European Council on Foreign Relations, a member of the Board of Trustees of The International Crisis Group and is a contributing opinion writer for The New York Times.

The event is part of NUPI’s seminar series Norway meets Europe and the EU H2020-funded project EUNPACK. It will be chaired by Research Professor Pernille Rieker, while Research Professor Morten Bøås will be discussant. The seminar will be streamed live on NUPI’s YouTube channel: 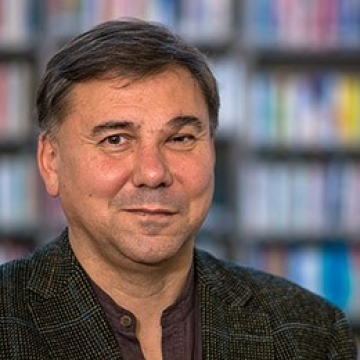