2021 - 2025 (Ongoing)
Forskningsprosjekt
ADHOCISM asks what is the impact of ad hoc crisis responses on international organisations?

International organisations (IOs) are created with the aim of solving collective action problems when a crisis arises. Yet, member states have repeatedly established ad hoc crisis responses in situations where IOs might be expected to play a central role.

To advance knowledge on ad hoc crisis responses, ADHOCISM will establish a dataset on ad hoc crisis responses in global health and security. In health, the case study will be on the relationship between the World Health Organization (WHO - IO) and the Vaccine Alliance (Gavi), the Coalition for Epidemic Preparedness Innovations (CEPI) and the joint COVAX project. In the security domain our case studies will be the AU African Standby Force and EU Battlegroups (IOs) and the Multinational Joint Task Force fighting Boko Haram (MNJTF); and the Joint Force of the Group of Five Sahel (JF-G5S) and Barkhane, primarily in Mali.

The project is funded by the Research Council of Norway (FRIHUMSAM) 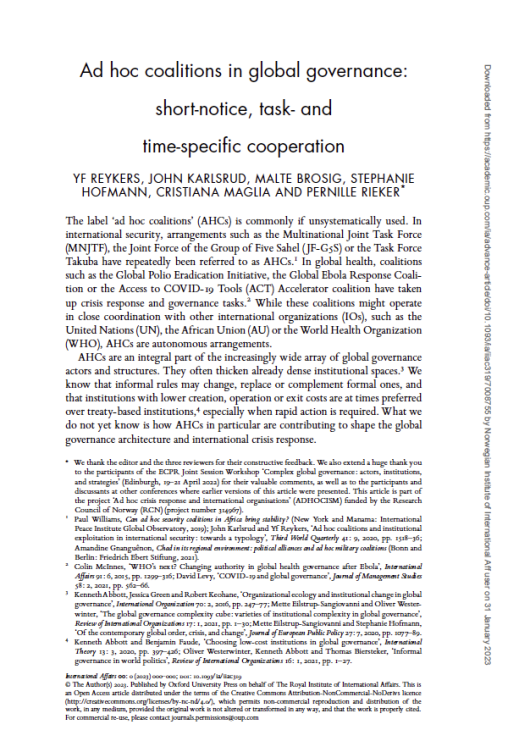