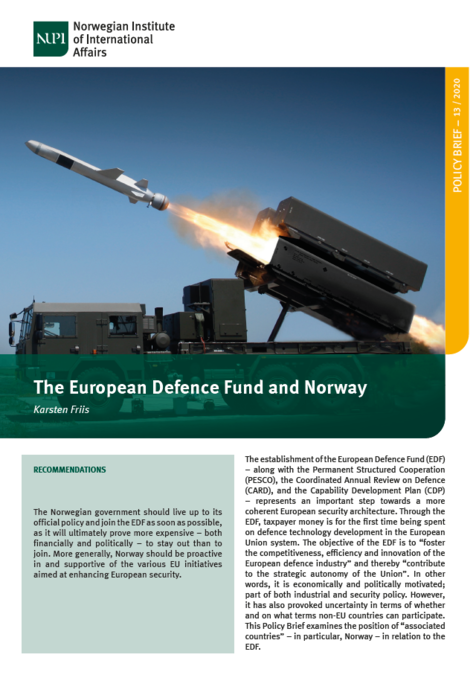 The European Defence Fund and Norway

The establishment of the European Defence Fund (EDF) represents an important step towards a more coherent European security architecture. It is broadly recognised that Europe needs to reduce duplication between, as well as the number of, weapons systems and platforms. The EU recently opened up for associated countries to participate in the Fund, but the Norwegian government has failed to set aside money for the EDF, despite official policy to participate.