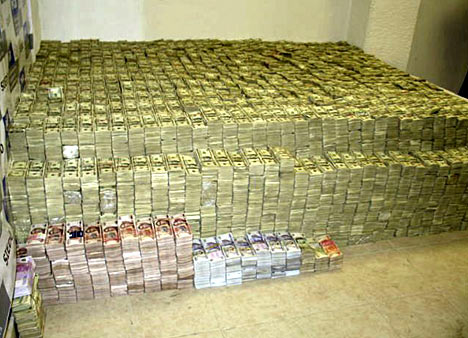 The Financing of Jihadi Terrorist Cells in Europe: A New Report

Knowledge of how terrorists raise, move and spend money, and how this varies between regions and over time, is a prerequisite for developing effective counter-measures.

The report The Financing of Jihadi Terrorist Cells in Europe: A New Report by Emilie Oftedal at the Norwegian Defence Research Establishment (FFI) takes stock of how jihadis in Western Europe raise, move, and spend money. Using new data from court documents and media reports, it reviews the financing of 40 jihadi terrorist cells that have plotted attacks in Europe, and examines a selection of cases in depth.

European terrorists’ financial activities are remarkably ordinary. Jihadis who have plotted attacks in Western Europe most commonly relied on funding from the cell members’ own salaries and savings. The vast majority of the cells studied (90 %) were involved in income-generating activities, and half of them were entirely self-financed. Only one in four received economic support from international terrorist organizations such as al-Qaida. Over time, there has been a decline in the proportion of cells that receive support from organized terrorist groups and support networks, and a corresponding increase in cells that are self-financed through legal activities. Despite the attention Islamic charities have received for their alleged roles in terrorist financing, very few jihadi terrorist plots in Europe have involved money which could be traced to such charities. Likewise, the hawala system and other informal value transfer systems, appear to have played no direct role in financing operational terrorist cells in Western Europe. Finally, jihadi terrorist attacks in Western Europe have generally been cheap, with three quarters of the plots studied estimated to cost less than $10,000.

Knowledge of how terrorists raise, move and spend money, and how this varies between regions and over time, is a prerequisite for developing effective counter-measures. The current terrorist threat to Europe rarely involves large sums of money or suspicious international transfers. Jihadi cells in the region receive little external support and are increasingly relying on income raised locally through legal means. Part of the explanation for this development could be the implementation of stricter international financial controls and regulations following the 9/11 attacks. At the same time, the increase in self-financing and legal income sources implies that European jihadis’ financial activities become harder to detect and prevent. This is the reality that future countermeasures need to address.