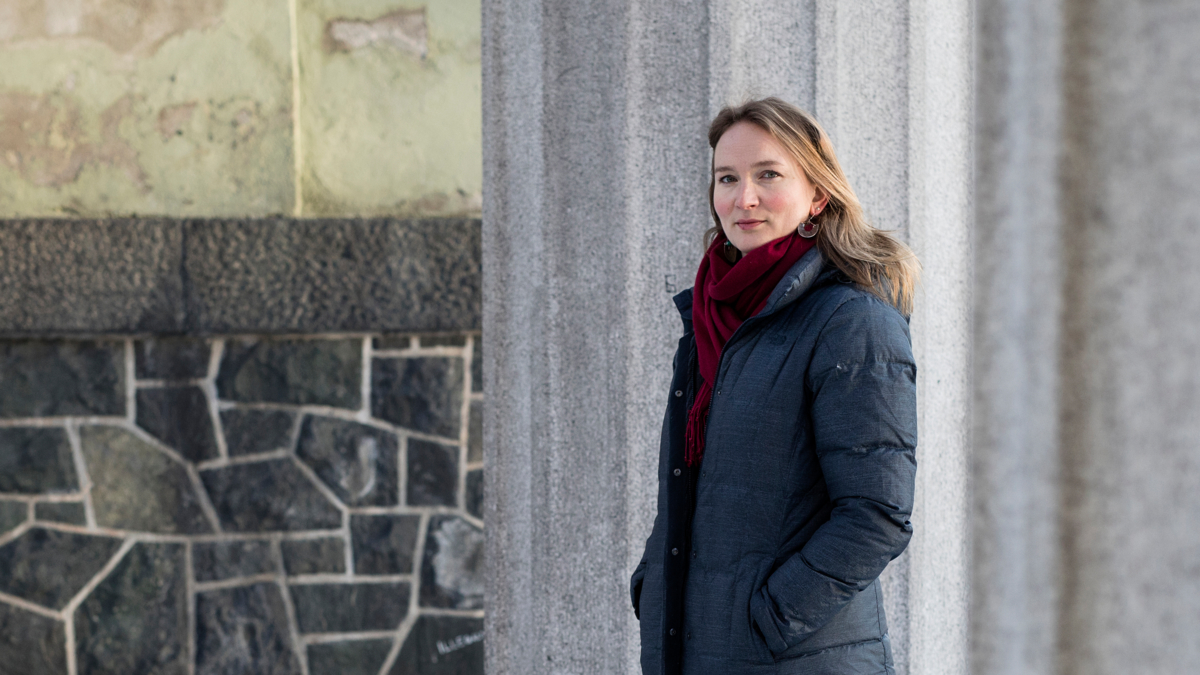 The Nils Klim Prize is awarded annually to a younger Nordic researcher who has made an outstanding contribution to research in the arts and humanities, social science, law or theology.

The prize winner is announced in March, and the award ceremony is held in Bergen in June.

On 14 March, the University of Bergen announced that NUPI Senior Research Fellow Francesca Refsum Jensenius is to receive this prestigious annual award

'This is amazing news and highly motivating! But I am thinking that this should not be considered a prize awarded to me alone. NUPI also deserves much praise. The institute has been a very supportive employer who has given me lots of flexibility and freedom,' Jensenius says.

‘Her studies of the impact of the Indian electoral system on members of the scheduled castes are highly original, and her later work has been no less impressive. In particular, the Committee notes the immense efforts put into establishing valid data as well as the use of the conclusions to focus on much broader issues of high social relevance’, explains Gregersen, and adds:

‘Jensenius is an accomplished writer with an ability to handle complex theories as well as empirical data with the same clarity and elegance. Her career seems to be ideally suited as a role model for younger researchers.’

How do laws really work?

‘I’m interested in how rules and laws meant to promote justice and equality work in practice. How quickly can we see societal change? What consequences should we really expect from various measures? And which unexpected consequences do we see?’ says Jensenius.

In her studies, she has examined the effect of quotas for scheduled castes in Indian politics.

‘Many have argued that these efforts have failed– but I find that they have had a range of positive effects one might not have expected.’

Her research on India has led to the book Social Justice through Inclusion: The Consequences of Electoral Quotas in India (Oxford University Press, 2017). Jensenius has eralier received funding from the Research Council of Norway’s (RCN) INDNOR programme. Together with Professor Mala Htun of the University of New Mexico, she has now embarked on a new project, Legal Regimes and Women’s Economic Agency, with funding from RCN's FRIPRO programme.

‘In this project we seek to use the experience we have amassed to explain how states apply laws and regulations in order to alter gender norms and gender stereotypes’, Jensenius explains.

‘This is fantastic, and an extremely well-deserved honour for Francesca. She is an outstanding researcher, who takes a sharp look at important societal issues and explores these with sophisticated methods. She is also a very good colleague who has made important contributions to strengthening the research community here at NUPI’, says NUPI Research Director Ole-Jacob Sending.

NUPI’s Director Ulf Sverdrup also emphasizes the value of Jensenius’ contributions to the institute – as researcher and as colleague:

‘I wish to congratulate Francesca on the Nils Klim Prize. Francesca is a brilliant colleague in every way, and a highly deserving laureate. She is not only an excellent researcher, but also an inspiring colleague, a talented communicator, and an accomplished leader.’

Sverdrup continues: ‘The award of this prize is first and foremost a result of her own talent and hard work. But good research requires a good environment. Therefore, we are especially glad to see this prize awarded to a NUPI researcher. It indicates that we have a strong research community here, and a strong position within the institute sector,’

NUPI has been focusing on facilitation for young research talents.

Director Sverdrup continues: ‘We have also implemented measures aimed at promoting leading female researchers. Francesca has been an important element in this effort, and it is indeed rewarding to witness the results. Let me put it this way: Young talents –  come to NUPI and to the institute sector!