BREXIT – the morning after

In this seminar Agata Gostyńska-Jakubowska will present a well-informed assessment of the impact of the results of the British BREXIT vote for the future of the UK and the future of the European integration project.

The vote on the future of relations between the UK and the EU took place on 23 June 2016. The result came as a shock to many: The UK voted to leave the European Union.

Agata Gostyńska-Jakubowska is a research fellow at the Centre for European Reform (CER) in London working on the EU institutional architecture, EU decision making process, institutional dimension of the EU economic governance and differentiated integration. Over the last months she has been following and commenting the debate on BREXIT. At the seminar in Oslo she will share her insights, comment on the results of the vote and present a brief assessment of the consequences of the decision taken by the British voters.

Before joining the CER, Agata Gostyńska-Jakubowska worked as a senior research fellow at the Polish Institute of International Affairs in Warsaw where she dealt with the EU institutional affairs. She provided recommendations for the Polish government on how to strengthen its position on the EU stage and enhanced media knowledge on EU affairs. She has participated in numerous collaborative projects funded by i.a. International Visegrad Fund, the European Commission (under the EU Seventh Framework Programme), as well as by Norway grants. She holds masters degrees in law and international relations, both obtained at Warsaw University. 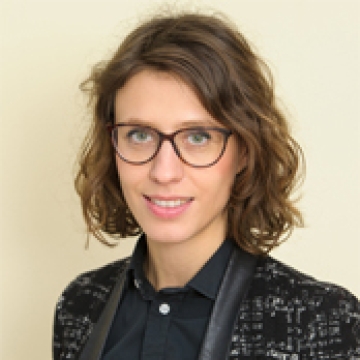 Research Fellow, the Centre for European Reform (CER) in London