“Irregular” Migration and Divergent Understandings of Security in the Sahel 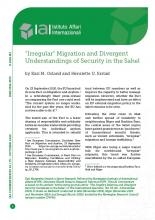 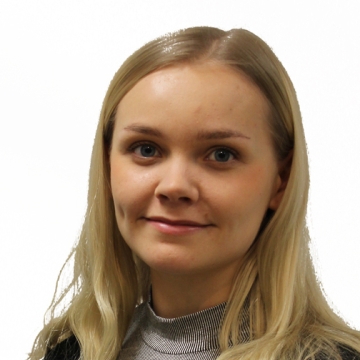 Summary:
On 23 September 2020, the EU launched its new Pact on Migration and Asylum. In a refreshingly blunt press-release accompanying the Pact one could read: “The current system no longer works. And for the past five years, the EU has not been able to fix it”. The stated aim of the Pact is a fairer sharing of responsibility and solidarity between member states while providing certainty for individual asylum applicants. This is intended to rebuild trust between EU members as well as improve the capacity to better manage migration. However, whether the Pact will be implemented and have an effect on EU external migration policy in the Sahel remains to be seen. Following the 2012 crisis in Mali and further spread of instability to neighbouring Niger and Burkina Faso, the central areas of the Sahel region have gained prominence as “producers” of transnational security threats, such as violent extremism, “irregular” migration and human trafficking. With Niger also being a major transit hub for northbound “irregular” migrants, this trend was further exacerbated by the so-called European refugee and migration crisis in 2015. This has led to unprecedented international attention in recent years, and consequently, a growing number of bilateral and multilateral donor assistance programmes and external military interventions. Since 2015, the number of refugees and asylum seekers coming from this area to Europe has been reduced. At first glance, this could mistakenly be understood as a success-story in migration management, or alternatively, that fewer people want to travel the dangerous route across the Mediterranean. However, the situation on the ground is going from bad to worse, despite increased levels of international resources invested to foster stabilisation and development in the region. Why? This IAI Commentary is based on the authors’ forthcoming journal article: “The Fragility Dilemma and Divergent Security Complexes in the Sahel”, in The International Spectator, Vol. 55, No. 4 (December 2020).