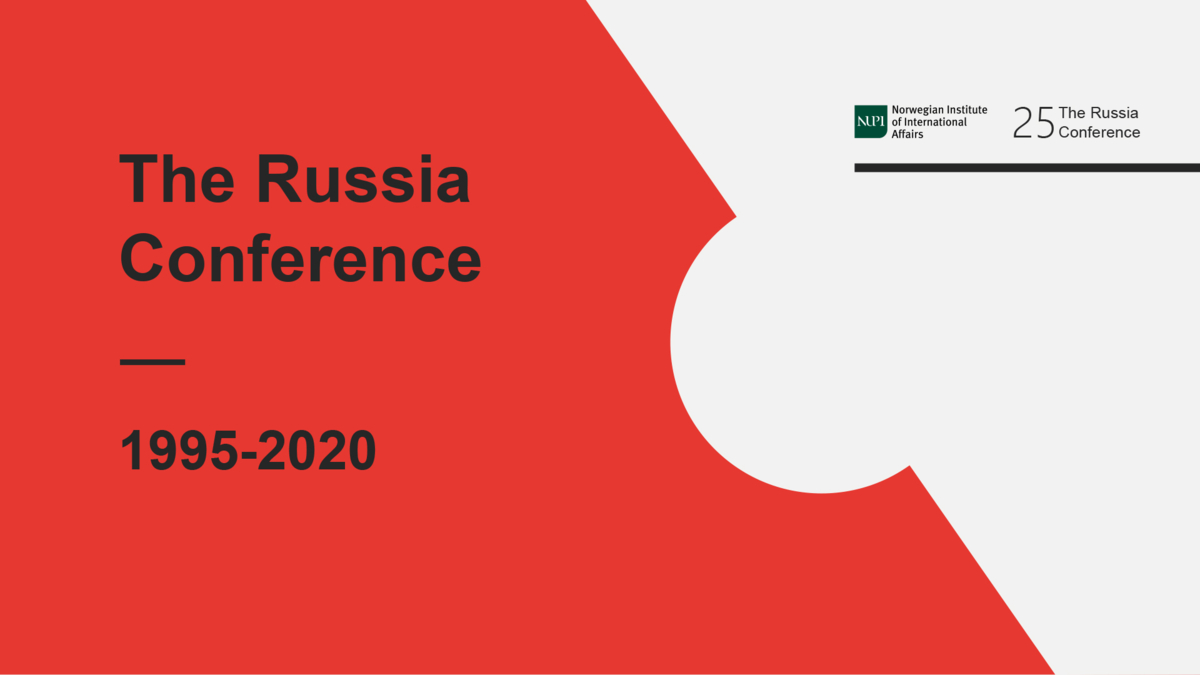 2020 marks the 25th anniversary of the Russia Conference - the Norwegian flagship conference for studies and analyses of Russia and Russian foreign policy.

When NUPI established its Centre for Russian Studies back in 1995, the ambition was twofold: to produce first-rate research on Russian politics and society; and to provide the Norwegian public with research-based insights on the political, social and economic transformations underway in our great neighbour. Therefore, we decided to organize an annual Russia Conference at NUPI where we would bring together Norwegian and international, world-leading experts on Russian politics.

A quarter of a century later, the NUPI Russia Conference has become a tradition, a well-known and well-attended annual gathering of academic experts, civil servants, media people, business representatives, and others interested in Russian affairs. The event expanded rapidly: NUPI’s premises soon became too small, and for the past decade we have been drawing a full house at the House of Literature in Oslo. Moreover, since 2015, we have reached an even larger audience by streaming the event live on NUPI’s YouTube channel.

The list of themes and distinguished participants over the past 25 years is long. In September 2020, when the NUPI Russia Conference turns 25, we would have liked to have arranged a celebration at the House of Literature. Due to the Covid-19 pandemic, however, that must be postponed. This year’s Russia Conference will be an all-online event, but we look forward to welcoming you back in person next year!