Political violence and polarization in France: the threat, the discourse and the response

Time: 09:30 Location: Microsoft Teams Available seats: 90
Add to calendar 20-11-26 09:30 20-11-26 11:00 38 Political violence and polarization in France: the threat, the discourse and the response Since 2015, more than 250 civilians have been killed in jihadist attacks in France. Is France particularly prone to jihadist violence, and how does terrorism affect French society and French politics? Microsoft Teams NUPI seminar@nupi.no http://www.facebook.com/events/160427380695693 false DD/MM/YYYY
I want to register for the following event:

Since 2015, more than 250 civilians have been killed in jihadist attacks in France. Is France particularly prone to jihadist violence, and how does terrorism affect French society and French politics? 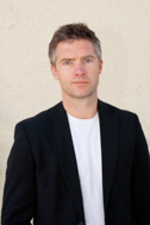 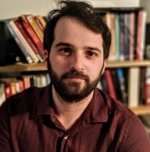 The grisly murder of teacher Samuel Paty shocked Europe and once again put terrorism and counter-terrorism high on the agenda. The latest wave of terrorist attacks illustrates that the threat from violent extremists is real and extremely hard to counteract. In addition, the attacks have sparked renewed discussions on fundamental issues related to freedom of expression, religious freedom, secularism and social security in general. The murder of Paty has also played into the so-called caricature controversy, which was re-ignited when several cartoons were republished in Charlie Hebdo in connection with the trial of the perpetrators of the 2015 attack against the magazine’s staff.

In France, President Emmanuel Macron has launched several proposals aimed at further strengthening French secularism and thereby fight back at what he labels "Islamic separatism". The initiatives are part of a larger and louder debate about the role of religion in secular France. Macron also called for even closer counter-terrorism cooperation within the European Union.

What characterizes the terrorist threat in France? How has the French far-right reacted to the attacks and the resulting tensions? And how are the challenges interpreted, presented and handled by French politicians and French authorities?

To shed light on various aspects of the situation in France, the Consortium for Research on Terrorism and International Crime, in collaboration with the TERRA project at the Norwegian Defense Research Establishment (FFI) and NUPIs Europe seminar series, have invited Petter Nesser, Pietro Gattinara and Pernille Rieker.

Leading the seminar and the Q&A session is Kjetil Selvik, Senior Researcher in NUPI’s Research Group on Peace, Conflict and Development. He holds a PhD in political science from Sciences Po in Paris and works on struggles over states and regimes in the Middle East

FFI’s Petter Nesser will give an overview of the terrorist threat in France, how it must be seen within a European and international context, and how tensions between secularism and radical Islam play a role in propaganda and recruitment. Nesser is a senior researcher at the TERRA project at FFI and is among Europe's foremost experts on jihadist networks in the West. Among other things, he has written Islamist Terrorism in Europe: a History (Oxford University Press, 2015), and has also authored a number of articles dealing with jihadism and foreign fighter issues.

Pietro Castelli Gattinara from the Center for Research on Extremism (C-REX) at the University of Oslo will shed light present the various facets of the French far-right, and discuss how each of them addresses the issues at the core of the debate on terrorism in France (freedom of expression, republicanism, so-called separatism etc). Gattinara is a postdoctoral fellow at C-REX, and his research interests are among other things party competition and protest politics in a comparative perspective, with a special focus on the study of migration and the far right. He has published several books on these topics, including The Politics of Migration in Italy (Routledge, 2016) and CasaPound Italia: Contemporary Extreme Right Politics (Routledge, 2020).

NUPI's Pernille Rieker will give an updated picture of French counter-terrorism policy, and look at how it has changed under Macron, and then discuss why secularism (la laïcité) is so important to France. Pernille Rieker is a senior researcher at NUPI. Her research interests include European integration and EU, French, Norwegian and the other Nordic countries' foreign and security policies. Rieker has written several books on these topics, including French Foreign Policy in a Changing World. Practicing Grandeur (Palgrave, 2017), and External governance as security community building - the limits and potential of the European Neighborhood Policy (Routledge 2016).