Development Assistance and Root Causes of Migration: A Risky Road to Unsustainable Solutions 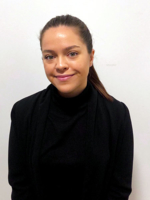 In the aftermath of the 2015 migration-management crisis, both the European Union and several European states declared that they would be using development aid more strategically to address root causes of migration. The final report from the MiDeShare project, a joint two-year research project managed and implemented by the Polish Institute of International Affairs (PISM) and the Norwegian Institute of International Affairs (NUPI), addresses two key issues that such a declaration brings to the fore: First, can development assistance really tackle root causes of migration, and second, have the EU and European countries such as Norway and Poland changed the direction of their aid since 2015? By reviewing the research already published by our joint project, we will sum up both what we know and in what areas new research-based knowledge is needed.