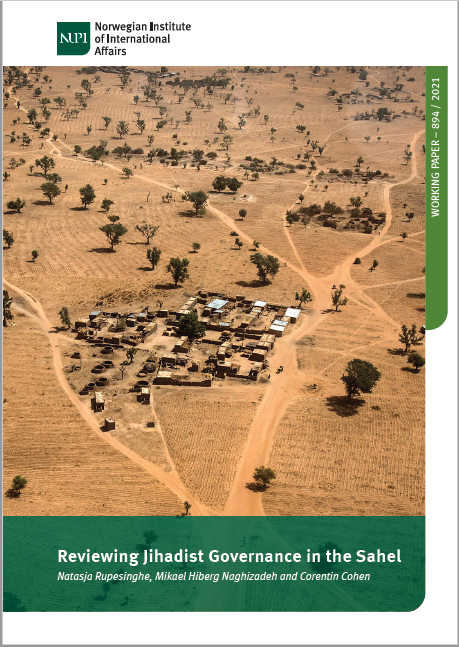 Reviewing Jihadist Governance in the Sahel

The ways in which jihadist insurgents in the Sahel govern is rarely considered in the academic literature. They have often been portrayed as ‘Islamic terrorists’, who achieve their objectives by using brutal force against the civilian population and who finance their activities through criminal networks and activities. However, scattered empirical evidence reveals a different picture. Jihadist insurgents, like other insurgent groups, often use a variety of strategies to rule territory and populations. The scale, character and form of how such groups govern differs not only between countries but also at the sub-national level within the same group. Nevertheless, until recently jihadist insurgent governance in Africa and particularly the Sahel region has largely been overlooked. This synthesis reviews the existing literature on jihadist governance in West Africa, with a particular emphasis on the understudied region of the Sahel. The review is organised as follows: first, we clarify key concepts and provide definitions. Second, we provide a brief overview of Islam and politics in the Sahel, contextualising the rise of Salafist-jihadism as well as historical cases of jihadist governance. Third, we provide a brief overview of the literature and synthesise the existing research on jihadist insurgent governance in the Sahel. Fourth, we examine
some key cases of jihadist governance in northern Mali, Nigeria and the Liptako-Gourma region straddling Mali, Burkina Faso and Niger. Finally, we conclude by summarising our findings, discussing the implications for the study of civil war and insurgency and consider avenues for future research.