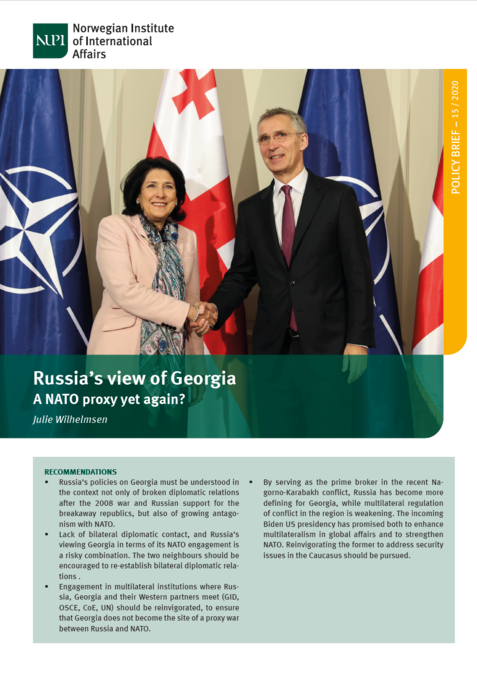 Russia’s view of Georgia: a NATO proxy yet again?

After the crises in Ukraine, and despite the Georgian government’s allegedly more pragmatic attitude towards Russia, official statements from Moscow increasingly project Georgia as hostile. This may be the result of the Kremlin stepping up a propaganda campaign to put pressure on Georgia, but it is also linked to growing perceptions of Georgia as becoming an agent of NATO. Moreover, Russia’s increasingly insistent rhetorical and practical support for the independent status of the two Georgian breakaway republics, Abkhazia and South Ossetia, is still framed with reference to Kosovo as a tit-for-tat in a conflict with the West. In parallel with this hardening in Russian views, there is hardly any diplomatic contact between Russia and Georgia. The regional multilateral frameworks have become dysfunctional, obstructed by polarization. Further Georgian NATO integration could entail an increasing risk of war, unless frank discussions and engagement with Russia can be promoted.