What have we learnt in the past 150 years of terrorism and counter terrorism? We has the pleasure of welcoming to a seminar with Professor of Political Economy Nick Sitter. He will talk about his new book about the history of terrorism.

Modern terrorism dates back to the mid-1800s, which saw revolutions, civil wars, radical ideologies, the invention of dynamite and a revolution in mass communications. All the four main varieties of terrorism – extreme left wing, right wing, nationalist and religious – have roots back to this period.

Although the terrorist groups that have shaken western states and empires over the last century have varied widely in terms of aims, organization, support and tactic, there are some important strategic elements that are common to almost all groups. The most important is that most terrorists try to provoke states to overreact.

The Consortium for Research on Terrorism and International Crime in cooperation with NUPI's Norway meets Europe seminar series have the pleasure of hosting Professor of Political Economy Nick Sitter. He will talk about his new book about the history of terrorism.

Nick Sitter is Professor of Political Economy at the Department of Law and Governance at BI Norwegian Business School. His book on the History of Terrorism (Terrorismens Historie: Attentat og Terrorbekjempelse fra Bakunin til IS) was published by Dreyer on February 7th. Other recent books include Energy Union: Europe's New Liberal Mercantilism (co-edited with Svein S. Andersen and Andreas Goldthau Palgrave 2017) and A Liberal Actor in A Realist World: The EU Regulatory State and the Global Political Economy of Energy (co-authored with Andreas Goldthau, Oxford University Press 2015).

Chair of the day is Senior Research Fellow at NUPI, Pernille Rieker. Her research interests are issues related to European integration (EU) and European foreign and security policy, including EU's, French, Norwegian and the other Nordic countries' foreign and security policies. She has also done research on dialogue and conflict resolution more generally. She has a doctoral degree from 2004 (University of Oslo).

The event will be streamed live on our YouTube channel. 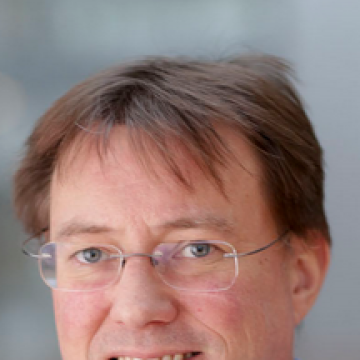