Chinese and Japanese investments in Myanmar – what determines their environmental friendliness?

24 June 2021
What determines whether companies investing in developing countries proceed in an environmentally friendly way? A new article published at level 2 by researchers at Harvard and NUPI examines this question.

Chinese and Japanese companies are major sources of Foreign Direct Investment (FDI). They have been deeply in involved in Myanmar since 2012.

A major issue related to FDI concerns the environmental impacts.

‘When they invest in developing countries, many firms tend to adopt lower environmental standards compared to when they invest in their home countries or developed countries. It is unclear whether this is due a lack of environmental regulations or enforcement in developing countries, or is a consequence of the limited internal resources of foreign firms’, says Senior Research Fellow Roman Vakulchuk (NUPI).

Together with Indra Overland (Research Professor, NUPI) and lead author Thiri Shwesin Aung (Research Fellow, Asia Center, Harvard University), Vakulchuk has authored the article ‘Environmental performance of foreign firms: Chinese and Japanese firms in Myanmar’, which has been  published in the Journal of Cleaner Production, ranked at level 2 in the Norwegian system.

On the other hand, some firms tend to adopt high environmental standards independently of host-country regulations.

As Vakulchuk notes, ‘The diversity of environmental standards is puzzling – a point that we examine in detail in our study of Chinese and Japanese firms in Myanmar. With a better understanding of these differences, we can map the factors that shape the environmental performance of foreign firms in developing countries. This in turn can provide insights for decision-makers, international investors and international organizations.’

Vakulchuk and his two colleagues have examined 421 Chinese and Japanese firms operating in Myanmar.

The picture is somewhat different in the case of Japanese companies:

‘When it comes to Japanese companies, both regulatory pressure and internal human and financial resources are important as regards their approach to environmental issues. That is the main difference between the environmental performance of Chinese and Japanese firms operating in Myanmar’, Vakulchuk explains.

There are several reasons for examining Myanmar specifically as regards Japanese and Chinese operating there, according to Vakulchuk. When Myanmar opened up to the international community in 2012, it needed significant foreign direct investment to develop economically. In a previous study, Vakulchuk, Overland and colleagues showed that Myanmar would require a total of USD 650 billion by 2030 to meet its growing demand for energy – and USD 170 billion of this amount would have to come from foreign investors.

‘We conducted this study before the February 2021 coup in Myanmar took place. Given the current political situation and the pandemic, it has been very challenging for foreign firms to sustain their operations there. Some have left Myanmar – but not all. On the whole, regulatory pressures on foreign firms have diminished due to the political turmoil.

‘In turn, that means that foreign firms continuing to operate in Myanmar will need to become more proactive in upholding high environmental standards also when there is little government supervision. In other words, foreign firms need to improve their own environmental performance and thus become agents of positive change. They need to make sure that local stakeholders benefit and the environment is not harmed by their operations’, Vakulchuk concludes. 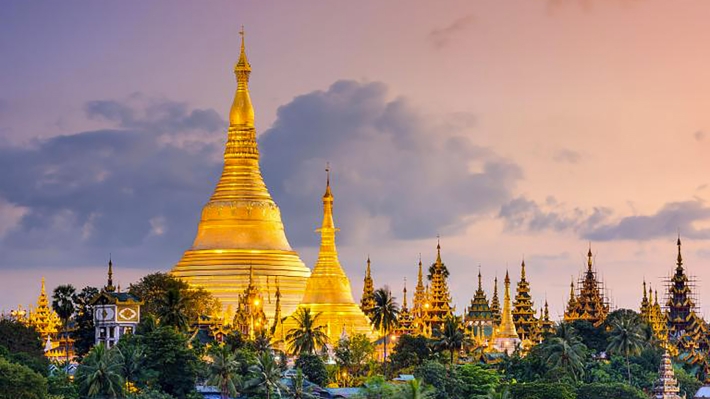 Research Capacity and Cooperation in Myanmar