The politics and governance of the world’s oceans are of pressing importance to Norway, which manages ocean areas six times the size of its land mass.

Oceans are often analysed as sites of environmental politics or economic potential or security dynamics. However, in issues as diverse as maritime power projection in the South China Sea, piracy, public-private partnerships for the blue economy, and preventing plastic pollution, it is the intersection of economics, environment and security that demands further research to elucidate how the world’s oceans are – and could be better – governed.

Our aim is to deliver high-quality scholarly publications and facilitate policy conversations and public discussion on:

Our researchers seek to understand why and how diplomacy and expert knowledge shape outcomes in global ocean governance (and why these efforts sometimes fail). This research strand aims to provide advice on how evidence-based policymaking on ocean issues can be further promoted and how the resources and expertise of the non-state actors can contribute to responsible global public goods management.

Geopolitics and security governance at sea

We research how countries’ geopolitical aspirations, and the non-state companies and policy networks with whom these states are associated, shape political relations around the world’s oceans. COG has country-level expertise on the ocean politics of Russia, the U.S., China, Japan, and Brazil, among others.

We engage in systematic, long-lines studies of how the ocean space has become an object for international relations and of the broader networks (state and non-state) that shape policy outcomes for regional seas.

The NUPI research team behind the centre are: NUPI’s Centre for Ocean Governance is ready to step up to challenge. 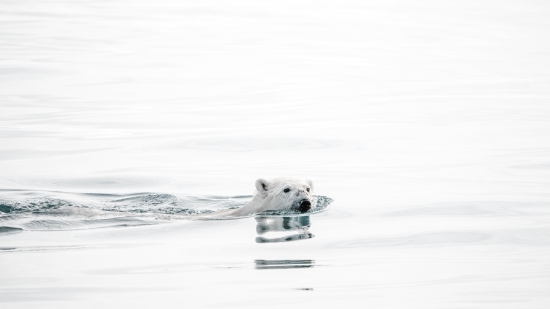 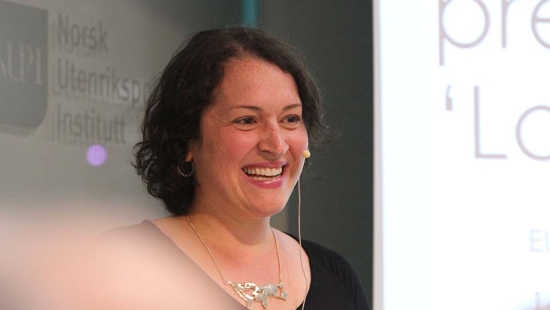 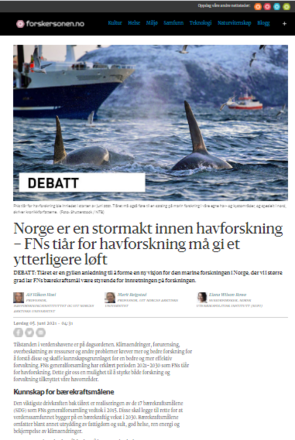 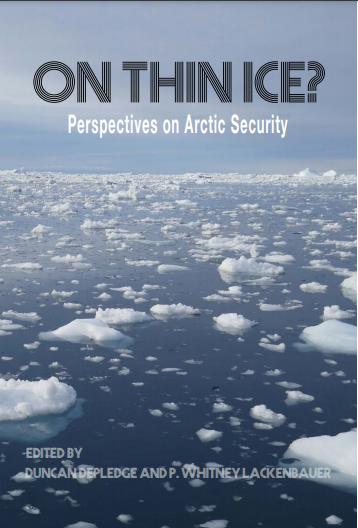 A Governance and Risk Inventory for a Changing Arctic 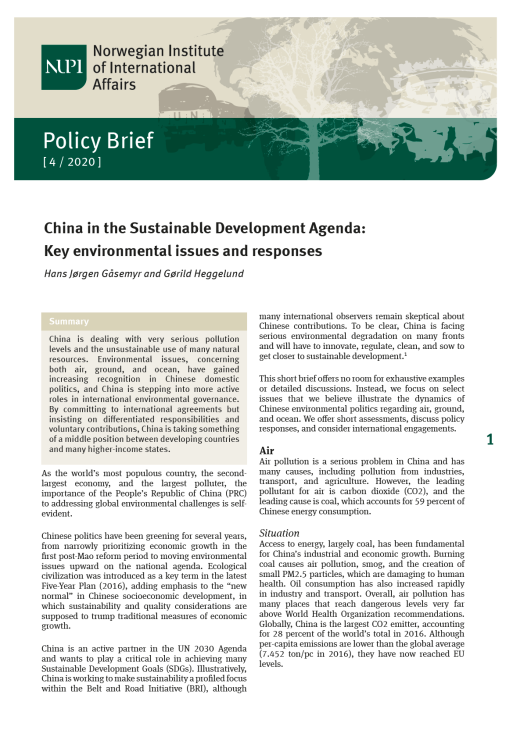 2020
China is dealing with very serious pollution levels and the unsustainable use of many natural resources. Environmental issues, concerning both air, ground, ...
Publication : Report 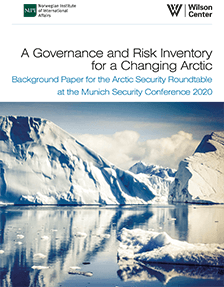 A Governance and Risk Inventory for a Changing Arctic

2020
Many government officials, military leaders, and political observers have proclaimed the rise of a new, post-Cold War global great power competition between ...
Publication 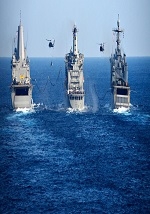 Mind the Gap: National Views of the Free and Open Indo-Pacific

2019
Japan has played an intrinsic role in formulating and promoting the concept of a “Free and Open Indo-Pacific” (FOIP) by making its version a core element ...
Publication 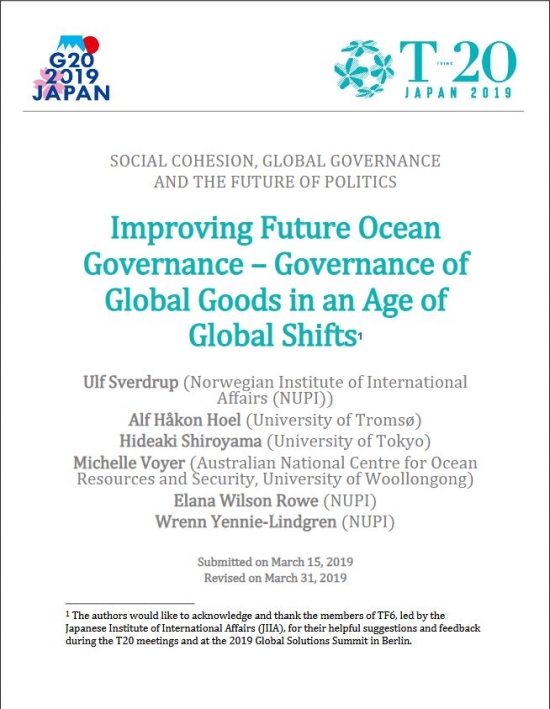 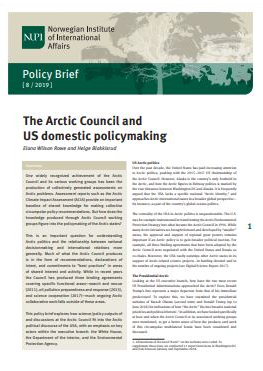 The Arctic Council and US domestic policymaking

2019
One widely recognized achievement of the Arctic Council and its various working groups has been the production of collectively generated assessments on ...
Publication : MONOGRAFI 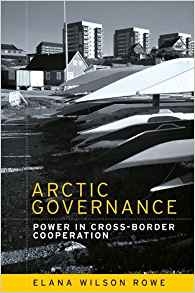 2018
This book seeks to pose and explore a question that sheds light on the contested but largelyl cooperative nature of Arctic governance in the post Cold-War ...
Publication 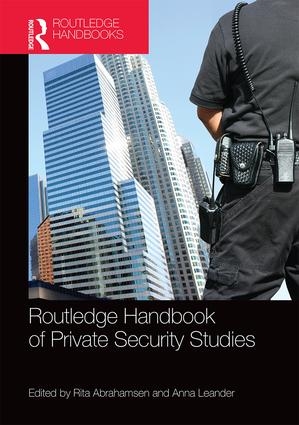 Private force and the emergence of the international system

2016
This chapter deals with the importance of private force to the early emergence and spread of the international system. It discusses how varieties of non-traditional ...
Publication : ARTIKKEL 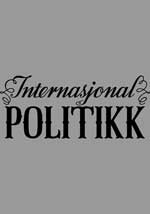 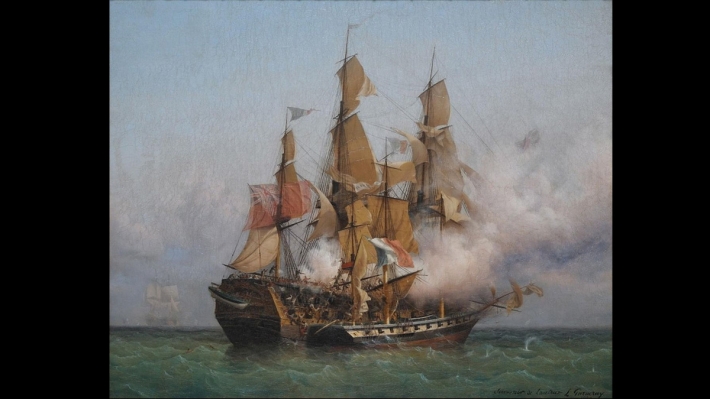 Empires, Privateering and the sea

EMPRISE studies the role of the importance of power at sea for the formation of empires and states from 1500-1856.
Project : Research Project 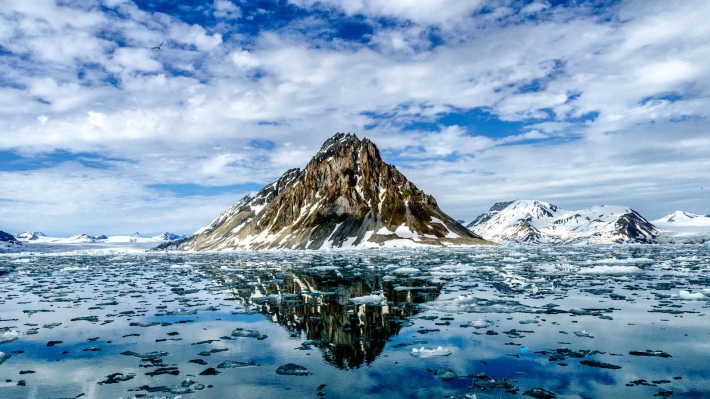 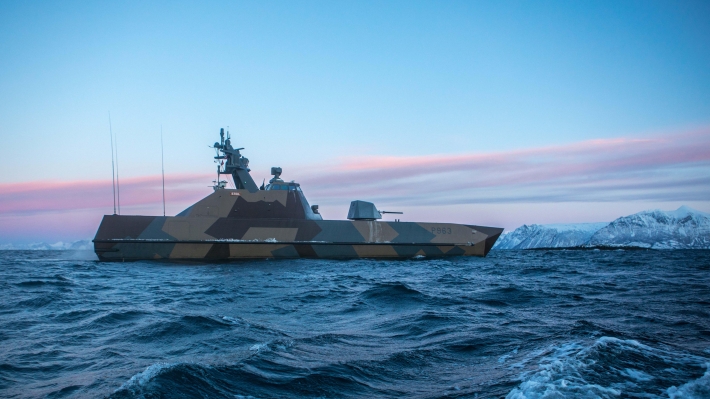 This project will generate concrete policy proposals, particularly in the maritime domain, and look at ways for the United States and Europe, and Norway in particular, to adapt their military division of labor both to improve the Alliance's military effectiveness and to show to domestic audiences that all allies and partners gave "skin in the game". It will also work to help shape the Alliance’s maritime strategy (last updated in 2011), which is slated for an overhaul.

Governing oceans in an age of global shifts

How can we ensure that the oceans are governed in a secure and sustainable way? How can coastal states like Norway use the oceans to increase their economic growth? Welcome to this seminar and launch of NUPI’s new Center for Ocean Governance.