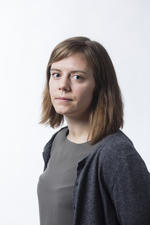 Kristin Fjæstad works as a research fellow in the research group on Russia, Eurasia and the Arctic. Since 2013, she is a PhD student at the University of St Andrews.

Fjæstad’s PhD project is about Kazakhstan's transition from a recipient to a donor of development aid and the establishment of a Kazakhstani aid agency, KazAid. Fjæstad also works with Nupi's cooperation with the OSCE Academy in Bishkek, Kyrgyzstan, where she has previously worked as a teaching and research fellow. Her main research areas are development aid, democratisation and state-building in the former Soviet Union, primarily Central Asia.