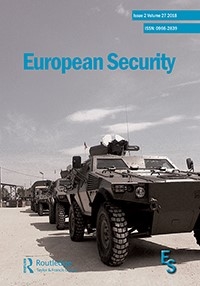 A humanitarian mission in line with human rights? Assessing Sophia, the EU’s naval response to the migration crisis

This article adds to our understanding of the role of norms in the European Union’s (EU) response to the migration crisis by conducting a critical assessment of the EU’s anti-smuggling naval mission “Sophia”. Is Sophia in line with the normative standards the EU has set for itself in its foreign policies? Conducting the analysis in two steps in line with the main criteria of a humanitarian foreign policy model – first exploring Sophia’s launch and then assessing Sophia’s in theatre behaviour – findings suggest that although concerns for migrants at sea mobilised the initial launch of the mission, the mission is not conducted in line with key human rights principles. As the operation mandate is amended and updated with new tasks, and as the EU-NATO in theatre cooperation increases, the EU is moving further away from what one would expect of a humanitarian foreign policy actor.