Moscow increasingly views the ‘Collective West’ as an offensive actor and the High North as terrain for NATO ‘expansion’. Norway figures as an active partner in this endeavour.

For Norway, this situation is precarious: to the degree that Norway is seen as an inimical ‘NATO in the North’, Norwegian policies across a range of issue-areas increasingly risk being perceived as actions in an existential Russia–West struggle. This is worrisome because a key pillar of official Norwegian policy towards Russia involves balancing NATO deterrence with reassurance. As the military/non-military distinction becomes blurred in the eyes of Russia this crucial balancing becomes very difficult – the intended ‘reassuring’ signal might not come across.

Is Norway acquiring the precarious position whereby the Kremlin views its Nordic neighbour primarily as an arena for existential struggle against ‘the collective West’? If Russia sees its security interests as threatened by the combination of growing NATO military activity and alleged Western ‘political manipulations’, that may trigger Russian assertiveness. This policy brief considers the possible consequences for NATO member Norway, which finds itself between a resurgent Russia and within a reinvigorated NATO core.

After the conflict in Ukraine, Russian official speech has merged various Western entities into one hostile agent, often construing the USA as the ‘puppet master’ and NATO as merely its military extension. A ready-made analysis of how this hostile Western entity operates has solidified under the label of ‘colour revolution’ (CR). This concept involves a full narrative of how the West is threatening to destroy Russia by means of subversive communication and financing strategies targeting the domestic society (‘political manipulations’), combined and strengthened with the use of traditional military means. CR is akin to the Western buzzword ‘hybrid warfare’, which has been defined as ‘a particular mode of waging war, combining conventional and unconventional, coercive and noncoercive means, capabilities, tactics and formations in a centrally organized and orchestrated manner’.1 Both concepts indicate a profound ambiguity as to what war is and how it can be identified.

Security buzzwords such as ‘colour revolution’ work as vehicles for securitizing narratives in official speech, emphasizing the other party’s hostile intent. The CR concept has been nurtured for many years in Russian strategic documents and official speech. It functions as a pre-fabricated analytical lens employed by the Russian leadership for understanding new encounters with the Western adversary. In addition, Moscow frequently uses terms such as ‘pretext’, ‘propaganda’, ‘provocation’, ‘interference’ and ‘russophobic’ to signal that Western entities like NATO are waging this particular type of war in a given situation. Security buzzwords such as CR are vague and hence flexible: their definitions are constantly evolving and can be applied to new types of actions and issue-areas – whereas the sense of aggressive intent accompanies them, apparently as the only constant.

These corporaexplorer graphs depict the frequency per year of seven threat-laden terms in Russian MFA texts: the top one in all texts that mention NATO and the lower regards documents that mention Norway. The results may suggest that the ‘colour revolutions’ trope in 2014 wove together a cluster of terms signalling a versatile Western warring practice. This cluster peaks in 2018 (the top three terms are ‘anti Russian’, ‘propaganda’ and ‘provocation’) – the year of the World Championship in Russia, the Skripals’ case and not least the Trident Juncture NATO exercise. Although a crude measurement, the results point to Norway becoming increasingly subsumed under the hostile NATO/West in the eyes of the Russian leadership as NATO activity grows in the High North.

For Moscow, the 2014 events in Ukraine confirmed that the CR strategy had been employed at Russia’s very borders. This marked an escalation from previous uses of the concept which had evolved from a) the idea of political manipulations to instigate regime change in post-Soviet countries (Georgia 2003, Ukraine 2004, Kyrgyzstan 2005); to b) the ‘complete version’ of CR strategy during the Arab Spring, which included the military component as well as that of outside-led regime change through political manipulations; and finally c) following a re-run of the complete version in Ukraine – the prevalence of Western pretexts, manipulation and propaganda coupled with traditional military means, underlain by geopolitical warring – the CR strategy has been taken for granted in the Kremlin’s interpretations of multiple Western actions across Europe. Eventually, as expanded NATO military activity in the High North became linked to the alleged ‘fake thesis’ of Russian aggression, the CR lens has been used to portray activity also in the Arctic region.2 Thus, the CR narrative has come to encompass almost any Western action in Europe – and the military component is increasingly mentioned in Russian statements.

Norway as an arena of Western warfare

As NATO strengthens its presence in the High North, this region features increasingly as yet another area of existential struggle between Russia and the West, tainted by the threatening narrative implicit in the CR concept. This can be seen in the Kremlin’s framing of Norway in several recent events presented as instances of ‘political manipulation’ and offensive military behaviour in terms of the CR strategy.

When Norway criticizes Russia – as with the claim that Russia was responsible for hacking against central actors in Norwegian society in 2017 – this is construed by the Kremlin as part of a general ‘anti-Russian’ trend initiated in Washington and spreading across the globe. Official Russian comments on the October 2018 arrest of Mikhail Bochkaryov in Oslo on charges of espionage intimated that Norway was operating with ‘blackmail’, ‘fabricated charges’, ‘false accusations’, and ‘provocations’. Similarly, Norway’s expulsion of a Russian diplomat in August 2020 in connection with an espionage case was ‘unfriendly’ and ‘destructive’. That Norway attributed to Russia the October 2020 cyber-attack on the Norwegian Parliament was taken as ‘a serious deliberate provocation’ – with strong undertones that this was a hostile, strategic move. Criticisms of human rights, such as the Norwegian Helsinki Committee campaign during the 2018 World Football Championship, were dismissed as ‘fake’, as ‘Russophobic’ ‘propaganda work’ backed by ‘solid financing’ from the Norwegian MFA – a tool in a political fight against Russia waged by the West.

In Russian framings of military activity, Norway often figures as merely one part of the US military system, a launchpad for potential US ‘aggression’. By late 2018, Norway was routinely described as one of many European sites for the NATO/US ‘bases’ that were ‘surrounding Russia’. Whereas NATO presented its large-scale Trident Juncture exercise in Norway in 2018 as defensive, with the overarching aim of demonstrating ‘the credibility of its [NATO’s] military deterrent and the unity of its membership’, the Russian side declared: ‘Even if NATO says otherwise, Trident Juncture is really preparation for a large-scale armed conflict in regions bordering with the Russian Federation’. When in May 2021, Tromsø opened a port for US nuclear submarines, the view of Norway as an arena of aggressive NATO expansion was reiterated, with the submarine port being the ‘next NATO outpost on Norwegian territory’. Moreover, Norway is increasingly construed as a hostile agent in its own right. Previous accusations that Norway was intentionally destroying good-neighbourly relations by giving in to US demands have been reiterated. Norway is seen as pursuing a ‘politicized approach’, ‘undermining confidence and predictability in bilateral relations’ and acting as if Russia were a threat in the North.

Other military events in 2021 have further cemented Russia’s worldview of NATO as ‘encroaching upon’ Russian borders after Crimea. In February/March 2021, four US B-1B Lancer bombers were sent for first-time temporary deployment to Ørland Air Station in central Norway. In a Russian MFA briefing, ministry spokesperson Maria Zakharova explicitly stated that this ‘decision by Oslo’ was seen as one action in ‘a whole chain of actions intensifying military activity in the high north and in the immediate vicinity of Russian borders’. Zakharova employed even stronger rhetoric when Norway’s defence deal with the USA was made public in April 2021: it was taken as yet another proof of Oslo gradually abandoning the policy of ‘self-imposed restraints’, in a manner ‘fully in line with the policy of military build-up and an active involvement of NATO in the Arctic’.

Official Russian statements on Norway also reflect the deepening view that NATO always says one thing but in practice does something else. When, in September 2020, Norway joined British and US ships sailing into the Russian economic zone, the Russian Ministry of Foreign Affairs expressed ‘serious concerns’, contrasting the ‘supposed’ aims of NATO’s and Norway’s actions (‘to support freedom of navigation’) with what the ministry presented as reality: a ‘general build-up of NATO’s military presence in the high latitudes’.

Positive Russian mentions of Norway concern the bilateral relationship and occur in the few cases where Norway is not framed primarily as a NATO outpost. The tension between friendly bilateral relations and hostility towards Norway as part of NATO came to the fore in Kirkenes in 2019, on the 75th anniversary of the Red Army’s liberation of Northern Norway in the Second World War. In an oped presented in Norwegian quality daily Aftenposten, Russian Foreign Minister Lavrov described Russian–Norwegian relations as peaceful and ‘unique’, marked by a ‘dynamically developing cooperation’ – and then proceeded to discuss how this relationship had suffered after Norway joined the sanctions regime in 2014, and Norway’s deviation (in Russia’s view) from its basing policy. Lavrov lamented that the ‘building up of military activities in the Arctic and the striving to include the region in the area of NATO responsibility, all this is eroding stability and trust’.

Hostile rhetoric might bolster Russia’s will and ability for military conflict Rhetoric has consequences for politics. Discourse forms the realms of the possible and thus for possible actions. What if the hostile framing of NATO, and Norway within it, becomes a self-evident truth for the Russian leadership, so that military action is seen as the logical (re)action/approach to Norway in the High North?

The framing of NATO as ‘expansive’ has already been used in Russia to justify channelling resources towards the military. The constant invoking of NATO/ USA/Western activity as hostile, in contrast to Russia’s allegedly reactive and defensive posture, serves as a core legitimizing argument for the build-up and modernization of the Russian military. The conviction fostered by official Russian discourse is that NATO’s multidimensional offensive against Russia is escalating in the direction of real military conflict – a view applauded on by the increasingly powerful siloviki fraction of the Russian ruling elite. In this way, the rhetorical trench warfare boosts the hardliners within Russia.

For Norway, this situation is precarious: to the degree that Norway is seen as an inimical ‘NATO in the North’, Norwegian policies across a range of issue-areas increasingly risk being perceived as actions in an existential Russia–West struggle. This is particularly worrisome because an important pillar of official Norwegian policy towards Russia involves balancing NATO deterrence with reassurance3 in the form of self-imposed restraints (such as restrictions on allied bases and exercises closer to Russia’s second-strike capability on the Kola Peninsula) and collaboration on trade, fisheries, search-and-rescue, people-to-people initiatives, etc. As the military/non-military distinction becomes blurred in the eyes of Russia, as in the West, this crucial balancing becomes more complicated – the intended ‘reassuring’ signal might not come across.

2 This outline draws on work by Julie Wilhelmsen and Anni Roth Hjermann within the framework of the WARU project no. 300923, funded by the Norwegian Research Council.

3 In Norwegian official parlance, ‘reassurance’ (beroligelse) initiatives are directed at the adversary, not the allies. 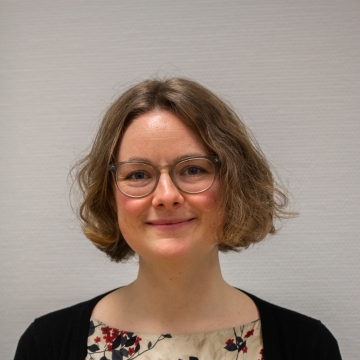